“A casa con Cinecittà”: video, virtual tours and activities to keep on dreaming from home 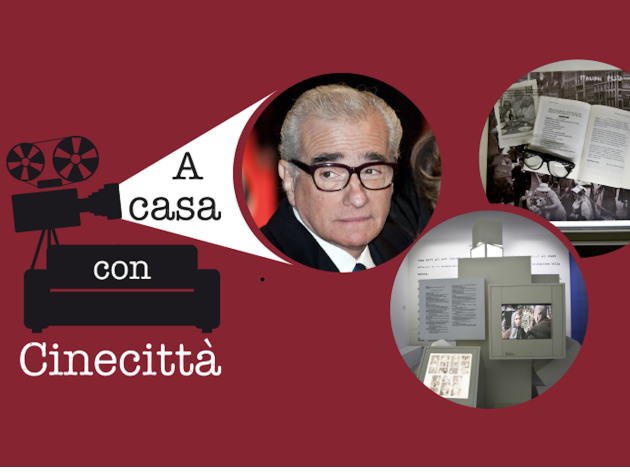 A rich digital offer, combining cinema, culture, education and entertainment: “A casa con Cinecittà” is one of the free initiatives promoted by the Istituto Luce Cinecittà to keep on freeing our fantasy and creativity even from home.

On its Instagram, Facebook and Twitter channels, the temple of cinema where Fellini has made some of his most beautiful stories publishes videos, educational contents and special posts twice a week: a multimedia tour through suggestive and magical places, with insights, focus and activities.

All activities are specially thought for different age groups. Mondays are dedicated to families and children: among the posts published in the last days, a “Crucipuzzle” and information on the genesis of the “Storyboards”, published together with an anecdote about the childhood of the great Martin Scorsese, who shot the masterpiece “Gangs of New York” in Cinecittà studios. Already online is also Totoro Garden, an intiative inspired by the character created by Studio Ghibli, the famous Japanese animated film studio, and dedicated to the themes of the environment, while on 20 April it will be the turn of a “Set dressing” starring the amazing permanent set of the ancient Rome in Cinecittà. The “Animazioni d’autore” cycle will propose pills and contents from the cult film by Hayao Miyazaki “The enchanted City”, and from “The 5 lionni”, the collection of stories by the brilliant artist and illustrator Leo Lionni animated by Giulio Gianini.

Every Friday, “A casa con Cincittà” offers video posts designed for adults. They include: the new permanent exhibition “Felliniana - Ferretti sogna Fellini”; a virtual tour on the Ancient Rome setting, the largest setting of the Cinecittà studios built in 2004 for the shooting of the #Rome series; an in-depth analysis on backstage and special effects; a journey into rationalist architecture between Cinecittà and the Eur district; a virtual tour on the permanent set of the Submarine; and finally an identikit by Federico Fellini. Wednesday 1 and Wednesday 22 April, appointment with cinema in the Italian Sign Language, respectively on the themes Felliniana and Architecture.

All video are also uploaded on the official YouTube channel of Istituto Luce Cinecittà. For more details and information, visit the Cinecittà si Mostra website. 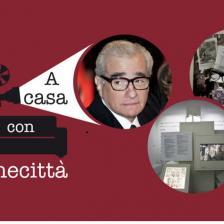