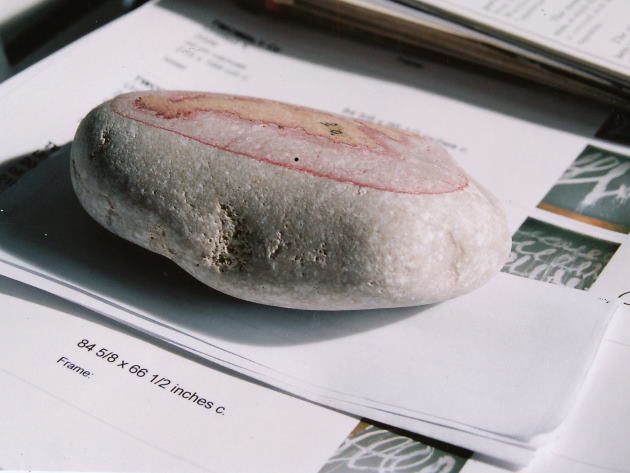 The solo exhibition of the English artist Tacita Dean brings together a series of works dedicated to Cy Twombly, a master of American abstraction, who lived in Italy, between Rome, Naples and Gaeta, since the late 1950s.

A series of images taken in Twombly’s studio in the Italian town of Gaeta compose the 2015 GAETA installation (fifty photographs plus one). They were first published as a photo essay in the catalogue of Twombly’s exhibition at MUMOK, Vienna in 2009. For the installation, Tacita Dean used the last available Cibachrome photographic paper, with various other photochemical papers, some also under threat. Cy Twombly’s everyday life emerges in the 16mm portrait film Edwin Parker, from 2011. Edwin Parker was the artist’s given name, Cy an inherited family nickname after the baseball Chicago White Sox pitcher Cy Young.

The other two 16mm films refer to Twombly obliquely. The black and white film Still Life was shot in the studio of the painter Giorgio Morandi in Bologna: an image of Morandi’s studio is the “plus one” in GAETA. Pan Amicus, 2021, was commissioned to celebrate the twentieth anniversary of the Getty Center’s Richard Meier building. It was filmed entirely on the estate and in the villa, in a somewhat Arcadian landscape. The title refers to the Greek god Pan, but also to Twombly’s drawing Pan, 1975, both of which have been an inspiration to Dean since her visit to Delphi in 1987 and her first encounter with Twombly’s work.