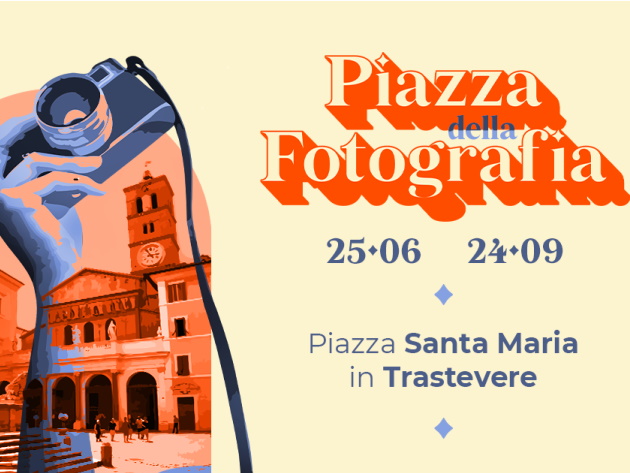 An exciting visual tale that takes us into deep space, with images captured by the Italian Space Agency, but also into the world of movie stars, with the portraits of the most beloved Italian actors, and among the beauties and contradictions of Rome. With the project conceived and organized by Roma Fotografia, under the patronage of the Ministry of Culture and the Lazio Region, photography comes out of museums, galleries and studios to transform one of the liveliest city squares into a cultural hub, an open and versatile place suitable for a diverse audience.

Every day, from 1 pm to 1 am, a large LedWall mounted in Piazza Santa Maria in Trastevere, the heart of one of the city’s most beloved neighborhoods, will broadcast video installations of photographic projects to citizens and tourists. The language of images is accompanied by in-depth meetings, performances, and music, with a new video installation and a talk each week dedicated to a different theme, with the aim of establishing an engaging, dynamic and participatory dialogue between the public and young authors, designers, scientists, historians, philosophers, sociologists, archaeologists, writers, musicians and critics. One of the themes addressed is the photographic journey as a metaphor for life: the shots, taken around the world by photographers Maria Cristina Valeri, Alex Mezzenga and Gilberto Maltinti, invite the public to capture the nuances of the journey that each of us makes every day.

Also among the scheduled events is the free international call “All Looks Lead to Rome”, a video installation composed of photographs taken by Romans and tourists traveling in the capital.