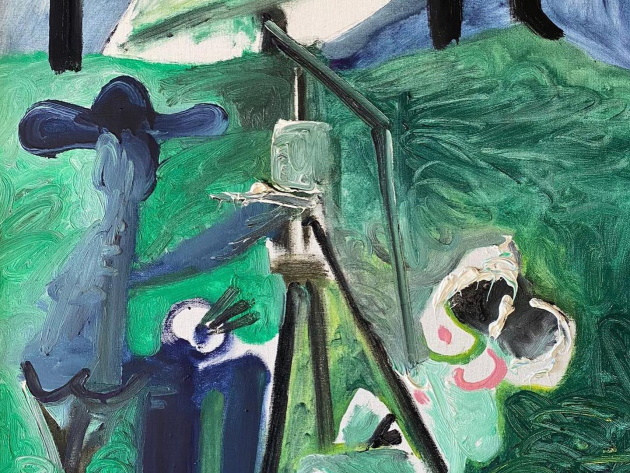 After the exhibition of the painting Young Woman, on loan from the Hermitage Museum in St. Petersburg, the Fondazione Alda Fendi - Esperimenti renews its tribute to Pablo Picasso. Ahead of the 50th anniversary of the Spanish painter’s death in 2023, the exhibition spaces of rhinoceros gallery are hosting Le peintre et son modèle en plein air, a painting belonging to the Intesa Sanpaolo Gallerie d’Italia - Milano collection and not normally visible to the public.

The oil on canvas depicts a female nude portrayed outdoors and documents the artist’s decades-long investigation of the theme of women. Curated by Raffaele Curi, the exhibition that accompanies the painting is spread over all the floors of the gallery, giving life to a true theatrical installation composed of visual and performing arts, ideally bringing together the artist’s two homelands and souls, Spain and France. The common thread is dance: room after room, visitors will see video projections and multimedia contributions, including those on the rehearsals of Miguel Ángel Berna’s opera La Templanza for the Ballet Nacional de España or on the Ballet to Pulcinella, set to music by Igor Stravinsky with choreography by Léonide Massine for Sergei Djagilev’s Ballets Russes.

Along the exhibition route, a window opens onto the Café de Flore in Paris, while in the “cavedio nero” the reference is to French bullfighting with a tribute to one of the greatest contemporary bullfighters, the very young El Rafi (Rafi Racoule), the sixty-ninth French matador de toros. A quote from poet Pablo Neruda closes the exhibition, commemorating the great friendship that united the two artists.