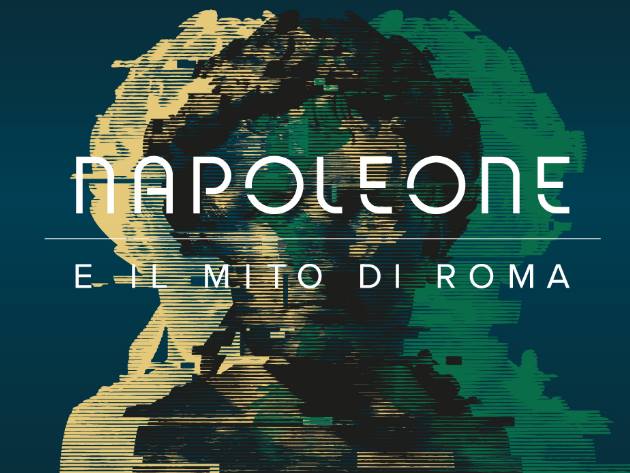 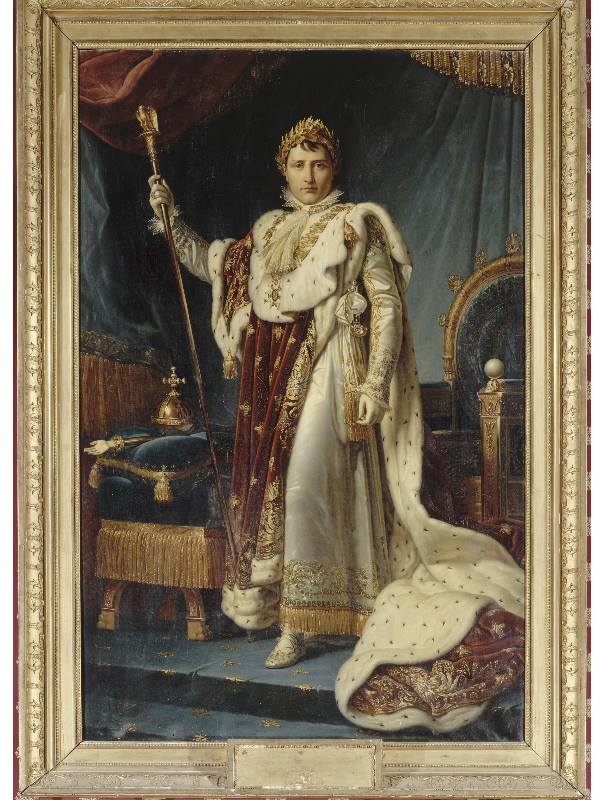 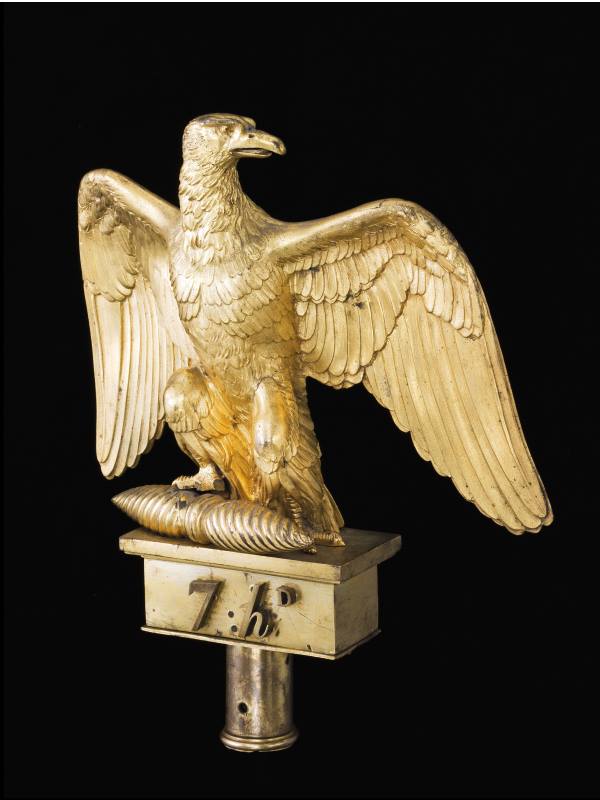 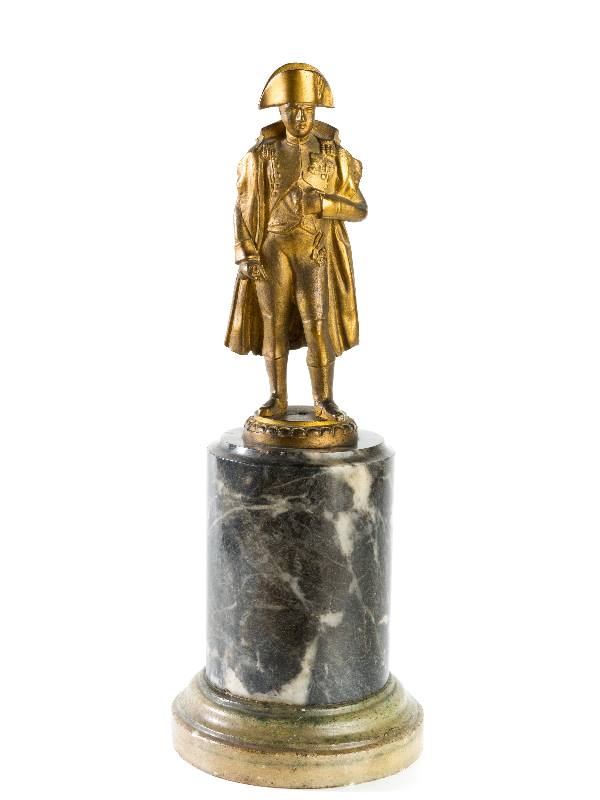 Trajan's Market - The Museum of the Imperial Fora hosts the exhibition that celebrates the bicentenary of the death of Napoleon Bonaparte, retracing the relationship between the French emperor, the ancient world and Rome, annexed to the Empire between 1809 and 1814, which Napoleon intended to transform into a second Paris.

The exhibition path winds through 3 macro-sections and includes over 100 works - sculptures, paintings, prints, medals, gems and so-called minor art objects - from the Capitoline Collections and important Italian and foreign museums.

The first macro-section highlights the relationship between Napoleon and the classical world. The ancient models were used to convey power, good governance and military conquests, up to the emperor's deification.
On display, ancient and modern works of exceptional historical value, which describe the biographical path of Napoleon and his models and cultural references. Among these, to be mentioned the plaster by Louis Rochet for the statue of Napoleon cadet in Brienne, from the Musée d’Yverdon et Région (Yverdon-Les-Bains); the bronze depicting Alexander the Great on horseback, from the National Archaeological Museum of Naples; the large bronze Napoleon I Emperor by Lorenzo Bartolini, from the Louvre, in which Bonaparte is portrayed with a laurel wreath and the features of a Roman emperor.
Napoleon, like many rulers before him, embraced the imitatio Alexandri. He ideally confronted himself with other emperors such as Augustus - represented with a marble portrait from the Capitoline Museums - and Hannibal, represented in the modern copy of the so-called Annibale del Quirinale. The macro-section ends with the death and apotheosis of Napoleon. He was considered an ancient hero but also a saint and thaumaturge, as depicted in the painting by A.J. Gros, "General Bonaparte visiting the plague victims of Jaffa", represented by the engraving by A.C. Masson from the Palais Fesch-Musée des Beaux-Arts in Ajaccio.

The second macro-section focuses on Napoleon relationship with Italy and Rome. Three beautiful works depict his role as King of Italy: the sculptural group by Pacetti, Napoleone inspires Italy and make it rise to greater destinies, from the Castle of Fontainebleau, and two portraits from Milan (Galleria d’Arte Moderna and Palazzo Moriggia-Museo del Risorgimento). Following this, the installation in the Great Hall of an avenue of cypresses, one of the focal points of the exhibition, resumes the vast program of urban transformation that the Napoleonic government wanted to apply in Rome.
The installation is introduced by Antonio Canova's portrait from the Capitoline Museums. Canova is also the author of the Bust of Pius VII - on display in the hall dedicated to the complicated relationship between Napoleon, the Papacy, and religion.
The section is completed by a detailed study on the excavation of the Basilica Ulpia. It includes engravings by Giuseppe Vasi, Angelo Uggeri, Giovan Battista Cipriani, drawings and paintings from the Museum of Rome. Besides, exceptionally exhibited for the first time, the three projects of 1812 by Giuseppe Valadier and Giuseppe Camporese, kept at the Accademia of San Luca.
The projects illustrate the stages that led to the discovery of the Basilica Ulpia and important sculptural finds. Among these are the statues of Dacians.

The third macro-section explores some aspects related to the revival of ancient models in Napoleonic art and epic, such as the Roman eagle, exemplified by the banner of the 7th Hussar Regiment from the Musée de l'Armée in Paris. The Egyptian Campaign, fundamental for Napoleon in his approach to the Ancient, is told through some works, such as the Girardet's print from the Napoleonic Museum in Rome, depicting General Napoleon Bonaparte at the Pyramids, and the bronze statuette Bonaparte on a dromedary by CJ Meurant, from the Palais Fesch-Musée des Beaux-Arts in Ajaccio.

The look at Rome brings us back to the model par excellence: the Trajan's Column. After the realization of the casts wanted by Louis XIV and arrived in Paris in 1671, this extraordinary work became a source of inspiration and imitation for many French artists. The Column had its most famous and, at the same time, original imitation, thanks to Napoleon: the Vendôme Column in Paris, a celebration of an empire, an emperor, and his military feats.

The exhibition ends with the famous Napoleon in Coronation Robes, painted by François Gérard in 1805, kept at the Palais Fesch-Musée des Beaux-Arts in Ajaccio. It depicts the emperor at his peak and is a clear synthesis of his use of symbols. 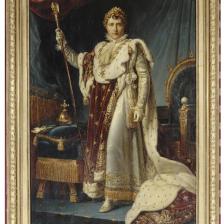 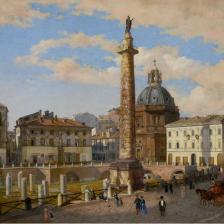 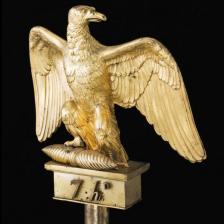 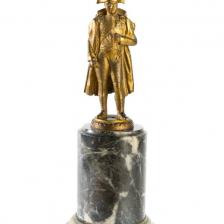