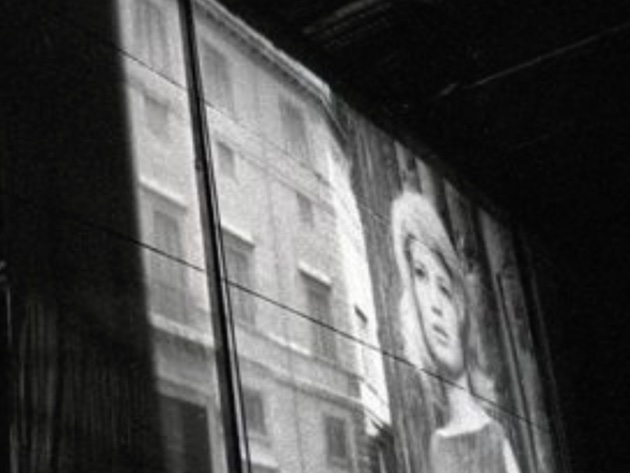 Cinema Roman Walks by the photographer Paolo Grana, artist and curator of the exhibition with free admission at the Casa del Cinema, is a story through images that takes us back in time, to the golden age of Italian cinema, of the great directors of the 1950s and 60s, like Antonioni, De Sica, Fellini and Pasolini, when Cinecittà was called the "Hollywood on the Tiber" and Rome was a big film set. Through the 16 shots of the great photographer we can relive the atmospheres created by the films of those years, the result of the "open air" review "Roman Walks" which the Città di Cinema Association projected outdoors in places and in those glimpses of ancient Rome and modern that were the settings of those sets. So we can see the shots of the first city suburbs of the Pigneto screen with the Pasolini faces of Accattone and that of Eur, next to the Palazzo della Civiltà Italiana represented by Fellini in his The Temptations of Doctor Antonio. Not to mention the images of the projections in Piazza di Pietra such as The Eclipse by Michelangelo Antonioni, in Piazza Augusto Imperatore with Dying for free by Sandro Franchina, in Piazza del Campidoglio with The White Sheik by Fellini, in Piazza Montecitorio with The Honorables by Sergio Corbucci or at the Pantheon with Umberto D. by Vittorio De Sica. The shots taken at the Baths of Caracalla, during the screening of Pasolini's Medea, in via della Conciliazione during the screening of The Gospel According to Matthew by the same director, at the Trajan's Forum, background for Alessandro's film Fabiola, are also to be considered important historical testimonies Blasetti and the Pyramid of Cestius in front of which Paisà by Roberto Rossellini was projected and at the Palazzo di Giustizia "Palazzaccio" during the programming of the film by Orson Welles The trial.

Paolo Grana, graduated in photography at the IED in Rome, founded a journalistic agency in which he dealt with fashion images collaborating with various Italian couture houses. Having joined the Valentino Garavani maison for which he worked for a decade as a photographer, he created images for the AIRC world campaign with Mattew Modine. Subsequently he entered the world of cinema following for the Rome City of Cinema Association itinerant film reviews for Europe.