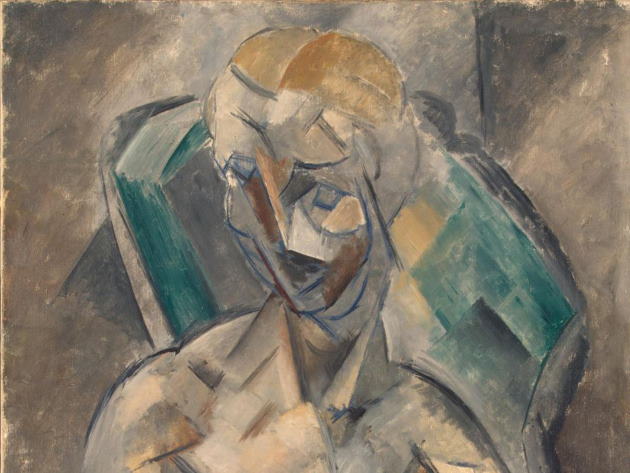 Palazzo Rhinoceros, the cultural center of the Alda Fendi Foundation overlooking the Arch of Janus, exhibits a new masterpiece from the collections of the State Hermitage Museum in St. Petersburg. After Michelangelo’s The Adolescent and El Greco’s Saints Peter and Paul, visitors will admire the Young Woman by Pablo Picasso, a cubist painting from 1909 never exhibited in Italy before.

The young woman portrayed by Picasso is the model Fernanda Olivier, who was Picasso’s lover for almost eight years and the protagonist of over fifty portraits. The painting belonged to Sergei Shchukin: the merchant and art collector from Moscow became acquainted with Picasso’s art in Paris thanks to the intercession of Matisse, and was so fascinated by it that he bought a series of canvases. Requisitioned by the state following the 1917 Revolution, all the works owned by Shchukin were nationalized and kept for over thirty years in deposits. In 1948, part of the collection was given to Hermitage and only in the 1950s did it finally begin to be exhibited.

Around Picasso’s painting the artistic director of the Foundation Raffaele Curi has built a wide experiential map with an immersive and multimedia approach that leads visitors to the early 20th century Paris, in front of the historic Café de Flore on boulevard Saint-Germain, mixing music (Satie, Ravel and Stravinsky), dance (from Ballet Nacional de España to Erik Satie’s ballet Parade) and photographic memories of the painter’s life. A focus is dedicated to the relationship between the Spanish artist and the Italian actor Raf Vallone through the photographs from the archive of his son Saverio Vallone. On display is also a rare photograph of the room of the Shchukin palace dedicated to Pablo Picasso in 1914, in which we also see the work Young Woman, among the fifty-one works arranged in several rows belonging to the painter’s blue, pink and cubist period.