The Colours of the Ancient. Santarelli Marbles at the Capitoline Museums | Turismo Roma
Skip to main content

The Colours of the Ancient. Santarelli Marbles at the Capitoline Museums 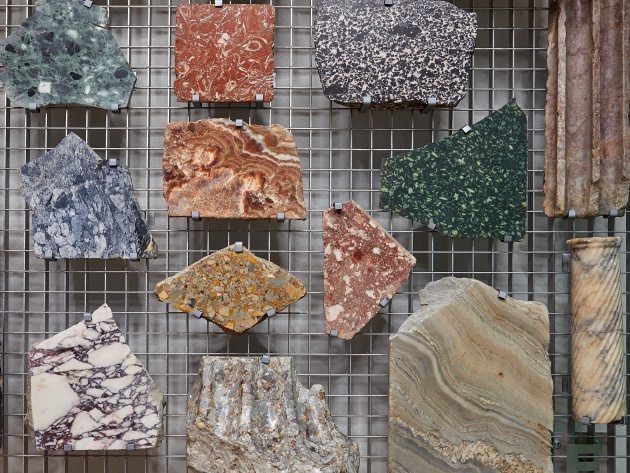 The exhibition in the rooms of Palazzo Clementino at the Capitoline Museums presents a wonderful selection of over 660 polychrome marbles from the imperial age from the Capitoline collection and the Dino and Ernesta Santarelli Foundation.

The exposition is divided into two rooms: in the first 82 fragments of marble from the Santarelli Foundation are exhibited, while in the second there are two pairs of samples, one from the early 19th century with 422 pieces, also from the Foundation, the other from the collection Capitoline, begun in the second half of the 19th century by the Gui family and made up of 288 tiles. In the same room there is also a head of Dionysus mounted on a non-pertinent (female) bust, made up of eight different types of marble and various tools for working with marble from the Fiorentini workshop.

The exhibition tells about the close correlation between the presence of imported materials in Rome and the political, economic and geographical expansion of the Roman Empire, outlining the territories and the dense network of great roads of the empire which, starting from the centre of the ancient city, reached the most remote geographical areas.

A documentary, curated by Adriano Aymonino and Silvia Davoli completes the exhibition, which traces the history of raw materials that arrived in Rome in relation to the expansion policy of the empire.