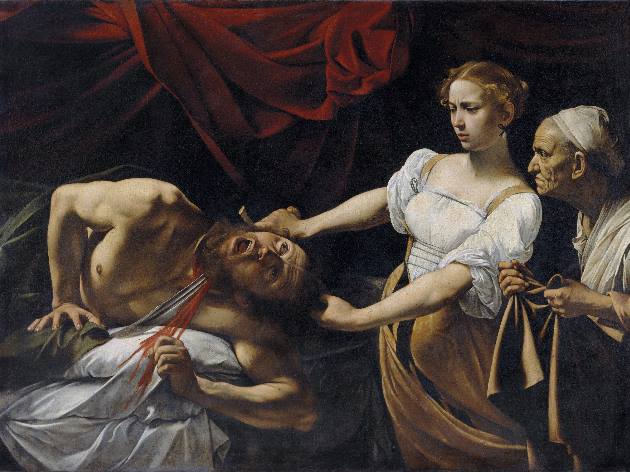 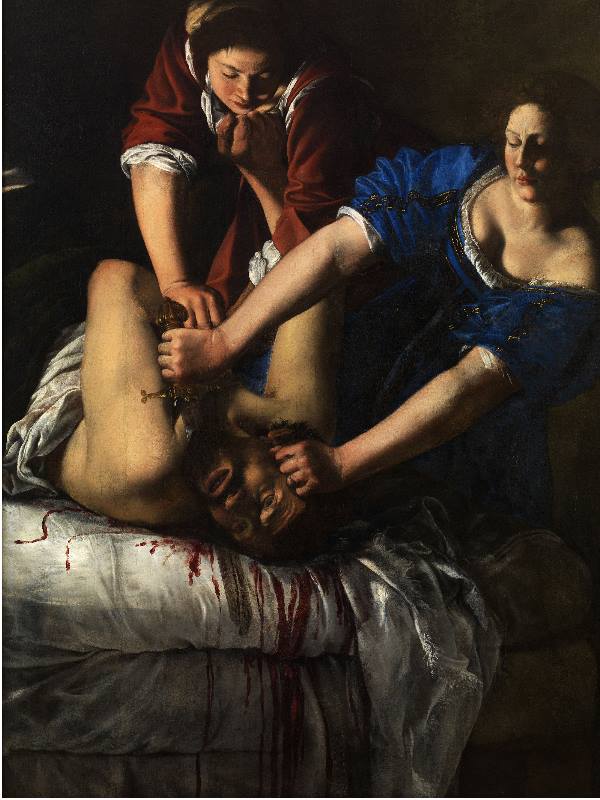 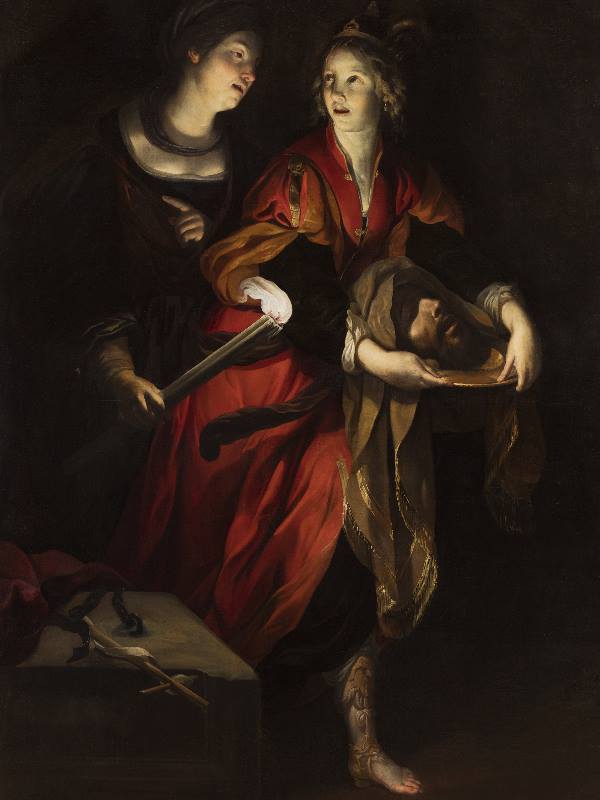 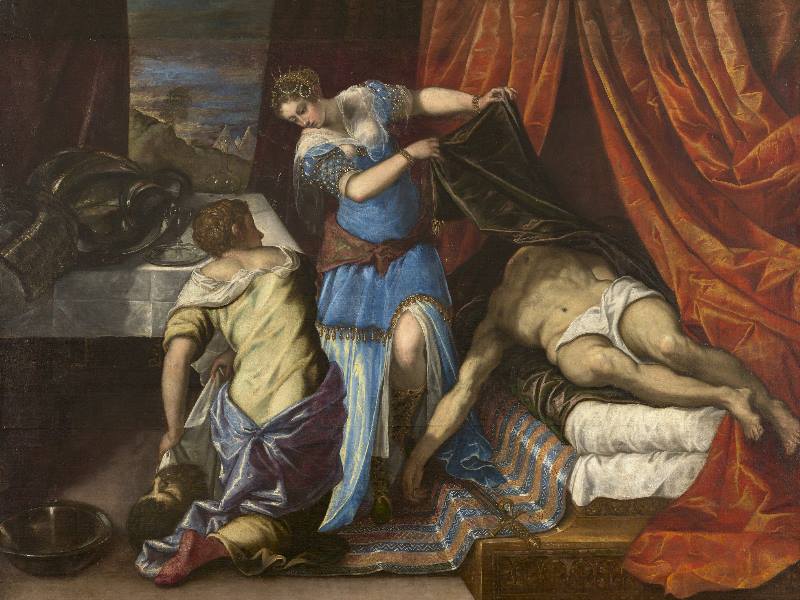 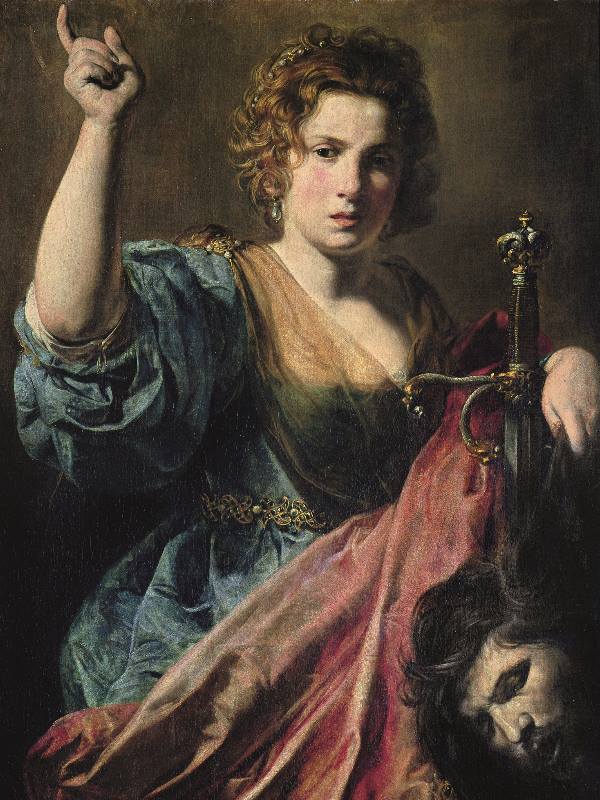 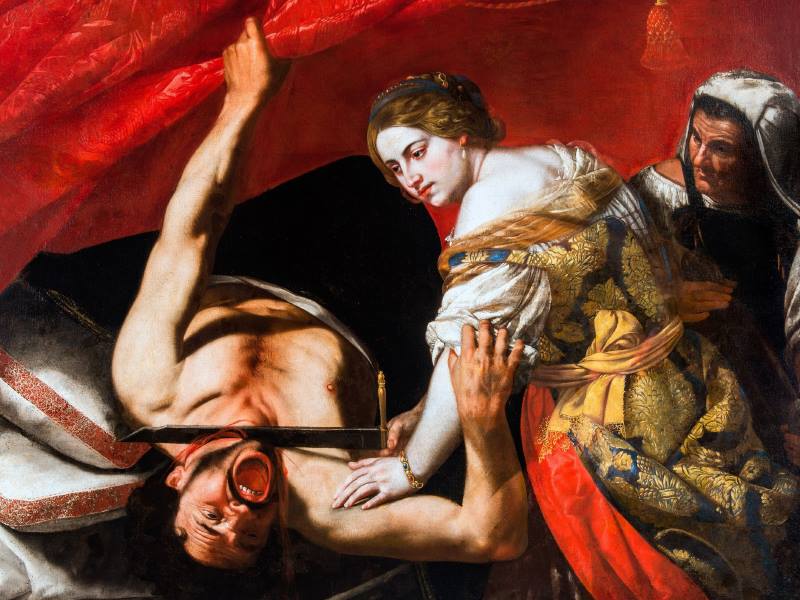 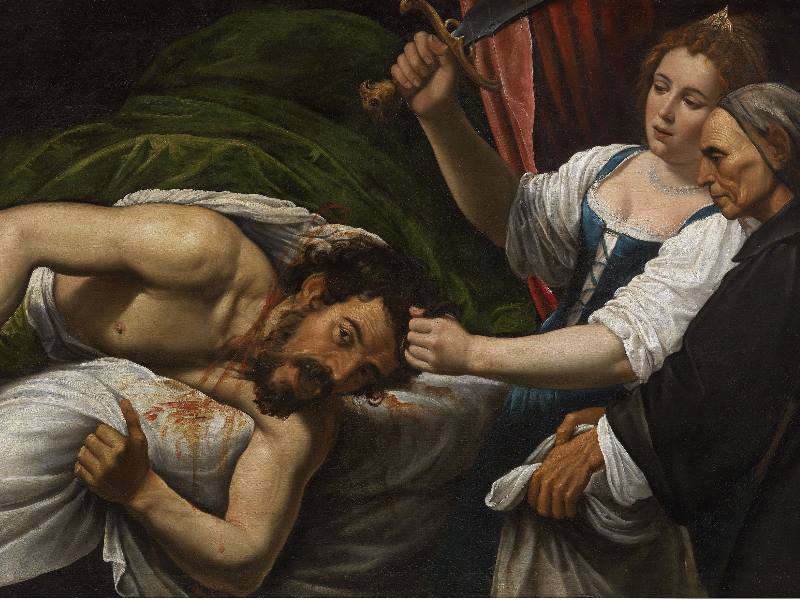 The National Galleries of Ancient Art in Palazzo Barberini present the exhibition for the two anniversaries of Caravaggio's Judith and Holofernes, seventy years after its rediscovery and fifty years after its acquisition by the Italian State.

The painting by Merisi, executed in 1599 and rediscovered in 1951 by Pico Cellini, one of the main restorers of the 20th century, was never sold. It remained in Rome until the mid-19th century to then become part of the heritage of the National Galleries of Ancient Art in 1971.

On display are 31 works of art that reveal the innovative communicative power of the great artist of the Baroque in his contemporary painting milieu and show violence and seduction in painting between the 16th and 17th centuries, as highlighted by the exhibition subtitle. The paintings - almost all of large dimensions - come from prestigious national and international institutions, such as the Galleria Corsini and Galleria Palatina in Florence; the Prado Museum in Madrid; the Capodimonte Museum in Naples; the Galleria Borghese in Rome; the Kunsthistorisches Museum in Vienna; the Oslo Museum.

The exhibition path, curated by Maria Cristina Terzaghi, is divided into four sections. It opens with Giuditta al bivio tra Maniera e Natura (Giuditta at the crossroads between Style and Nature), a selection of 16th-century works, showing the first signs of the theme new interpretation. Among them, the paintings of Pierfrancesco Foschi, Lavinia Fontana, Tintoretto and a disciple of Bartholomeus Spranger.

The second section is dedicated to Caravaggio e i suoi primi interpreti (Caravaggio and his first interpreters). It focuses on the canvas of Judith beheading Holofernes by Merisi, a murder that represents a breakthrough moment with tradition. Displayed the works of the first painters who, in some way, had news of Caravaggio's painting: from Trophime Bigot to Valentin de Boulogne, from Louis Finson to Bartolomeo Mendozzi, from Giuseppe Vermiglio to Filippo Vitale. The fury of the crime contrasts with the sensual and thoughtful Judith beauty, inspires and gives way to new interpretations of the biblical episode.

The third section, Artemisia Gentileschi e il teatro di Giuditta (Artemisia Gentileschi and the Giuditta's theatre), takes its name from the main interpreter of the theme. It winds through the masterpieces of the two Gentileschi, Orazio and Artemisia, together with the paintings by Giovanni Baglione, Johan Liss, Bartolomeo Manfredi, Pietro Novelli, Mattia Preti, Giuseppe Vermiglio and the rare Biagio Manzoni, one of the news of the exhibition.

Le virtù di Giuditta. Giuditta e Davide, Giuditta e Salomé (The virtues of Judith. Judith and David, Judith and Salome) is the fourth and last section. It compares the theme of Judith and Holofernes and that of David and Goliath, in which virtue, cunning and youth, allegorically represented, triumph over the brute strength of the tyrant, finally beheaded. Salome, responsible for the martyrdom and beheading of John the Baptist, is often confused with the theme of Judith in the pictorial representation. On display are the works by Valentin de Boulogne, Francesco Rustici, and the workshop of Giovanni Bilivert.

The exhibition is accompanied by a catalogue published by Officina Libraria. 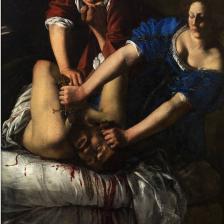 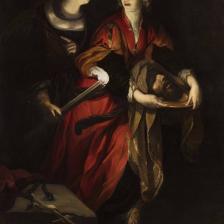 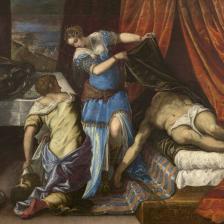 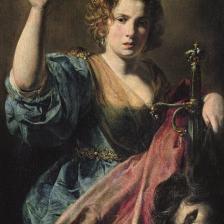 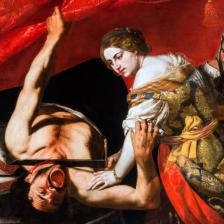 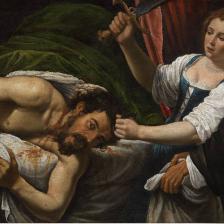