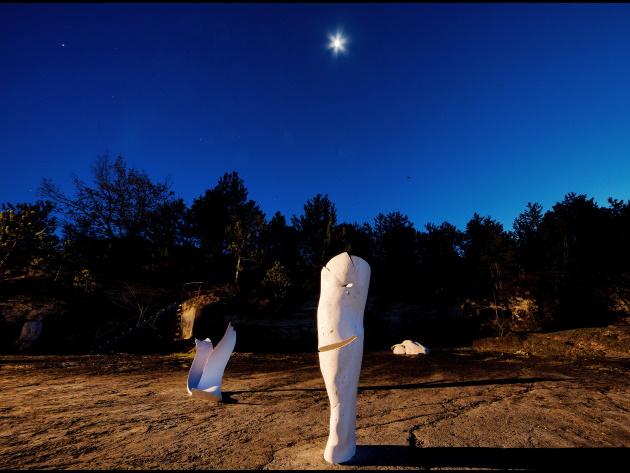 A dialogue between archaeology and contemporary art, which introduces a unprecedented reflections on memory and time. In the exhibition promoted by the Marche Region, the Municipality of Ascoli Piceno and the Colosseum Archaeological Park, 20 travertine works by artist Giuliano Giuliani from Ascoli Piceno tell the story of the region where the sculptor was born and raised, its material and immaterial characteristics, and the essence of its landscape, with their soft forms.

Giuliani’s sculptures are in numerous private collections but also in important museum collections, for example the Vatican Museums, the Musma in Matera, and the Paolo Pini Art Museum in Milan. In the Colosseum Archaeological Park (the first stop of the exhibition, which will then be hosted in the spring at the Cloister of Sant’Agostino in Ascoli), the exhibition route winds its way through the monumental Roman architecture of what was once the city’s political, administrative, religious, judicial and commercial nerve center – from the Basilica Aemilia to the Basilica Giulia, passing through some of the most important buildings of the Roman Forum.

Because of its characteristics of strength and durability, travertine was the elective stone of Roman architecture: in the ancient paving of the Forum square, slabs of lapis Tiburtinus from the Tivoli quarries are still visible, and of the same stone are the steps of the Basilica Julia. The sculptor extracted stone directly from the womb of the Marches and worked it in the family quarry at Colle San Marco, now transformed into his open-air studio.