Alberto Biasi. Plunge into the rainbow 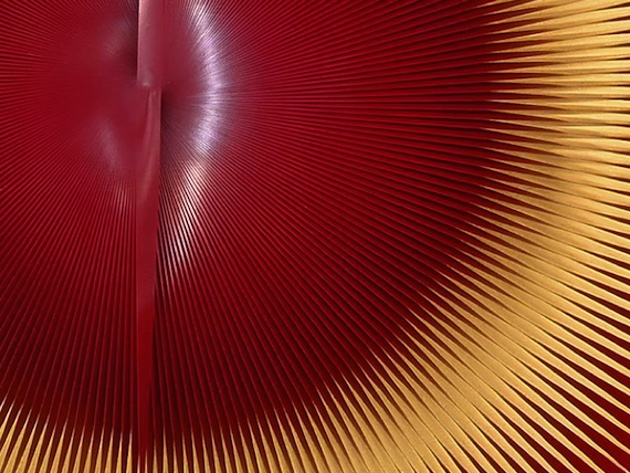 The anthological exhibition at the Ara Pacis is dedicated to Alberto Biasi, one of the most important European optical-kinetic artists, as well as one of the most prominent protagonists of the art of the Second World War in Italy. Through 60 works and four environments-installations, ranging from 1959 - when Biasi formed Group N in Padua as a young man - until 2014, the exhibition reconstructs the artist's creative path, from his beginnings to his latest experiments; Thus the central theme of Biasi emerges, which focuses on perceptual investigation through works that deal with subjects related to vision from a poetic and scientific point of view.The exhibition is divided into six sections corresponding to the different types of works of the artist and that tell his conceptual research, starting also from the works of the period preceding the Group N which determine the subsequent expressions of kinetic art or programmed art based on optical and luminous phenomena. Within the exhibition path, the visitor encounters the various environments where Biasi explores the decomposition of form through light and the illusion that light itself helps to produce; so we find, for example, Light Prisms (Plunge into the rainbow), or Echo and Projection of Lights and Shadows. The sculpture is present in all his artistic production: aluminum, corten steel and methacrylate are used in a three-dimensional dimension in the works such as vertically developed plates, totems, interrupted spirals, helices of dense metal tubes, interactive compositions that amaze visitors by filling them with marvel, together with the Trame - the first overlapping of perforated papers -, Twists, Optical-Dynamic Reliefs and Polytypes, up to the Assemblies and the works of the last period, for a decidedly out of the ordinary exhibition.