History of bathing and foundation of the establiments 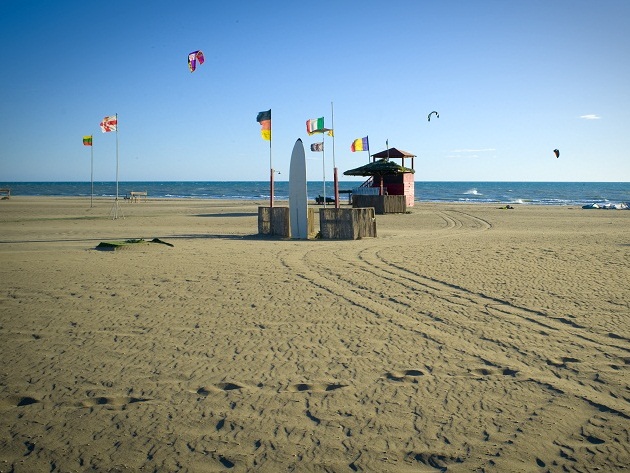 Bathing, a practice that started to spread in the modern age, is the result of the emergence of a new social model. Kursaal, Great Hotels, Bathing Establiments and Promenades begin to animate the coasts of the great cities of Europe and the bathing experience in urban everyday life becomes an elitist form of leisure. In 1900 the meaning of bathing changed in step with an increasingly dynamic society: cities established as the center of production of goods and services, urban lifestyle and social classes were defined, leisure was distinguished from working time.

What characterizes bathing, considered in all historical periods as a source of individual and collective wellbeing, is the culture of water, that has its most ancient roots in the Greek and Roman civilizations. The coastline of the city of Rome began to take shape in 1916 with the first local development plan for the new “seaside village” designed by the Art Association of Architecture Experts. Let’s go back in time and try to imagine how they figured the ‘New Ostia’, an elegant and sunny ‘garden city’ destined to leisure and to physical and spiritual regeneration, with tree-lined roads and buildings that respect the natural features of the area: the dunes, the vegetation, the beach, the sea.

Historical and urban events brought to the development of a coastline different from that imagined and the fascist period represented an important historical moment for the development of this part of the city. In the ‘20s the realization of the Roma-Ostia Lido railway and the opening of the motorway that connected the city to its seaside (now ‘Via del Mare’) led soon to define the roles of this part of the city: Ostia was, at the same time, the seaside of the Romans and the outskirts of the city of Rome.

The bathing establishment ‘Roma’, founded in 1924 and destroyed during World War II, was a strong and emblematic symbol of the Roman coast: built in neoclassical style, luxurious, elegant and with refined shapes, it represented the reference point and the gathering place frequented by the Roman society of the ‘20s. Women with swimsuits or shorts, men with Bermuda shorts and undershirts, hats, sunglasses, women accessories, children with swimming costumes and T-shirts, elegantly dressed gentlemen and parasols, beach umbrella-huts: this is what you could find at the bathing establishment ‘Roma’. In the following years, because of the increase of bathers and residents, the development of Ostia led to the construction of undifferentiated buildings in the inland and of bathing establishments rationally organized and functional to the bathers’ needs.

Bathing establishments of great value were built since the ‘30s, such as the Rex (now tibidabo), the Plinius, the Duilio, the Pineta (now Vecchia Pineta), the establishment of the Naval League. During this period, some elements taken from shipbuilding, such as balaustrades, pilot houses, flagpoles, are utilized. The rebuilding of the coast after World War II led the cinema to focus the attention on this part of the city disseminating the image of a place for escapism and wordliness. The coast was the scenery and the source of inspiration for the work of great film directors and actors of Italian cinema, such as the movie “I vitelloni” by Federico Fellini, “Domenica di agosto” by Luciano Emmer, “Brutti, sporchi e cattivi” by Ettore Scola, “Mamma mia che impressione” starring Alberto Sordi, all movies that ironically represent the naïve initiative of the Italians in the postwar period.

In addition to these comedies, there are also dramatic films which describe the marginality of Ostia such as Pier Paolo Pasolini’s works. The seaside architecture is highly eclectic, full of symbols, shapes and colors. The architects who worked in this period were not less important. We have the example of the Kursaal at the end of Via Cristoforo Colombo, designed by Attilio Lapadula and Pier Luigi Nervi, with its wonderful ribbed vault ceiling. Walk on the promenade and imagine to be in the past, sipping a drink while strolling on the pier of the ‘Roma’ establishment, the largest and most luxurious bathing establishment in Europe, or to enjoy a good meal at cheap prices at Battistini’s, the very first bathing establishment in Ostia. But what is left of all this today? Find it out walking on the promenade, visit the bathing establishments, not only the best known ones.