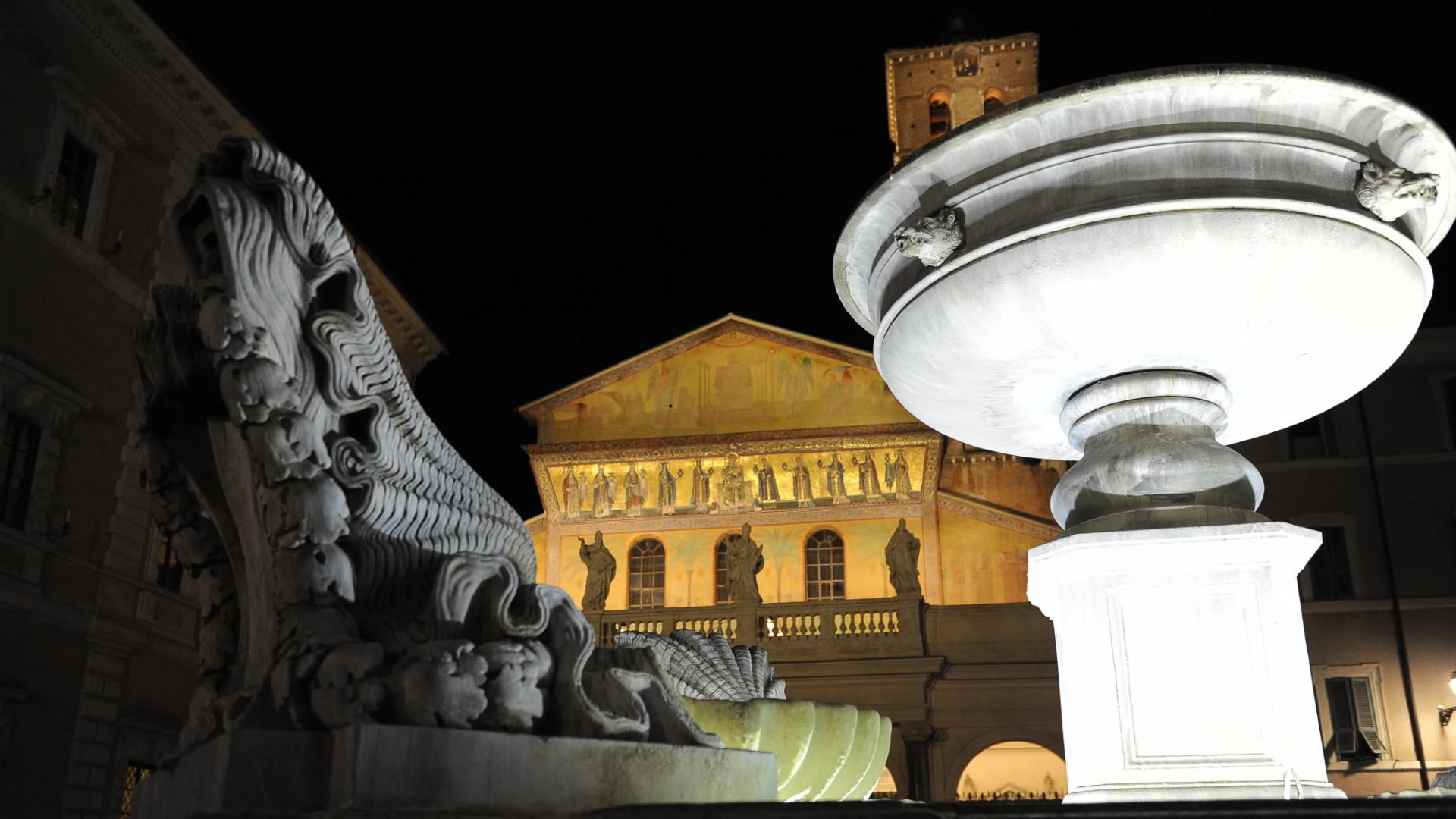 This is one of the most ancient monumental fountains in Rome, already documented in a map of Rome made by Pietro del Massaio in 1471, and for a long time it was also the only public fountain in the Trastevere district. Its long history is summarized in four epigraphs (remakes or 19th-century transcriptions of pre-existing inscriptions) inserted on the sides of the fountain. Although it was reconstructed several times over the centuries, the fountain has however substantially preserved its original architecture: a first square and then polygonal basin, at the center of which rose two bowl sof different sizes one on top of the other (later reduced to one).

The first restoration dates back to the end of the 15th century, during the pontificate of Alexander VI Borgia: it was on this occasion that the second bowl was abolished and four bronze wolf heads were added around the remaining bowl. However, the main changes occurred during the 17th century. At the beginning of the century, new works were carried out by Girolamo Rainaldi, probably following the arrival of the Acqua Felice aqueduct in Trastevere. Under Pope Alexander VII Chigi (1655-1667), the fountain was moved to the center of the square and was supplied with a greater amount of water from the renewed Traiano-Paolo aqueduct. The work was entrusted to Gian Lorenzo Bernini who sculpted the coat of arms of Alexander VII and the commemorative inscription on the mirrors of the basin, inserting four outward-facing sculpted seashells around the basin. Finally, in the last decade of the 17th century, under the pontificate of Innocent XII Pignatelli, Carlo Fontana enlarged the basin and replaced Bernini’s seashells with larger ones facing inwards, giving the fountain its current appearance.

Finally, in 1873, the Municipality of Rome had the fountain rebuilt in bardiglio, a type of gray marble, adding a showy S.P.Q.R. outside the shells.