Raphael Tapestries back for a week in the Sistine Chapel 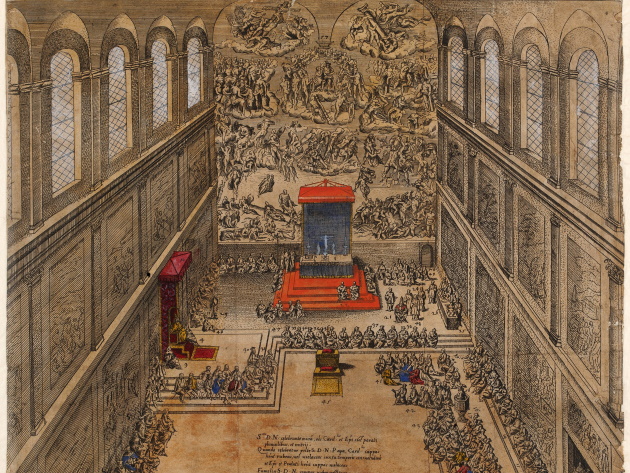 From 17 to 23 February, the great tapestries designed by Raphael will return to the Sistine Chapel, hung at eye level along the chapel’s wall and below Michelangelo’s frescoed ceiling, following the original project that the artist conceived in 1515 on behalf of Pope Leo X, while he was still busy decorating the Stanze, presiding over the construction of St. Peter’s Basilica and painting portraits and altarpieces.

To share with everyone this exceptional event – celebrating the 500th anniversary of Raphael’s death – as decided by the Vatican Museums and their director, Barbara Jatta, entry to the museum will be free on 23 February, on the last Sunday of the month. Except for the event of 14 July 2010, when four of the ten tapestries were set up for a few hours in the Sistine Chapel, the series of tapestries was displayed just once, in 1983: they are usually kept in the Pinacoteca and shown to the public a few at a time to preserve their beauty.

The ten tapestries depict episodes from the lives of Saints Peter and Paul, completing the iconographic program of the Sistine Chapel. The workshop of Pieter van Aelst in Brussels was chosen for the difficult task of interpreting Raphael’s cartoons (seven cartoons are now at the Victoria and Albert Museum, London). It took four years of work, using fine wools, silk, and gilded silver thread. An impatient Leo X was able to exhibit seven of them in December 1519, arousing amazement and admiration. The same feelings will repeat today in those who will be able to observe, in the place for which they were intended, the beautiful natural scenarios, the complex architectures with illusionistic effects, the monumentality of the carefully outlined figures. 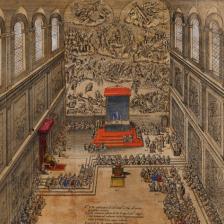