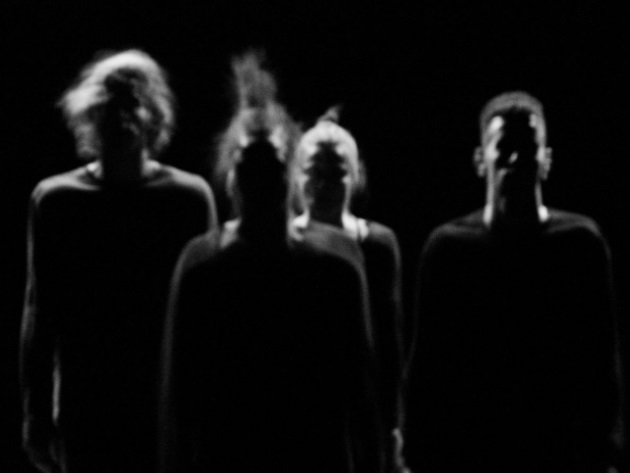 Carried by a force that is both fluid and structured, as generated by a deep and continuous breath, five performers explore the unexpressed variables of a pre-existing choreography impregnated with freedom through dance.

In close contact with both the legacy of tradition and the abstraction of contemporary dance, thanks to which it escapes any attempt at classification, Le Cercle, by the Franco-Algerian choreographer Nacera Belaza, is a show built on continuous variations of movement through which the identity of the individual interpreters is erased. The dancers become silhouettes on the borders of a circle of light, as well as the embodiment of a political question about visibility and the conquest of centrality.

In 1989, after studying French literature at the University of Reims, Nacera Belaza founded her own company.
Awarded with the title of Chevalier de l'Ordre des Arts et des Lettres, the artist declares herself completely self-taught.  She has developed a choreographic path based on inner progression, in bodily listening to the spaces, and voids of the self.
Her career is projected to an idea of stage as infinite and as a place of direct contact between dancer and spectator so to explore movement as we would explore a continuous breath, in the deafening noise of our existences.
The Nacera Belaza company is regularly on tour around the world. In France she has been invited by prestigious institutions and festivals.
Nacera Belaza also develops local actions and artistic relationships in different formats and projects, from master classes to in situ performances.
Parallel to the activity of the France based company, the choreographer founded an artistic cooperative in Algeria, where she offers training and various other practices related to contemporary art and the study of the dance gesture.