Carpe Sidera. The wonder of the sky on the beauty of Rome | Turismo Roma
Skip to main content

Carpe Sidera. The wonder of the sky on the beauty of Rome 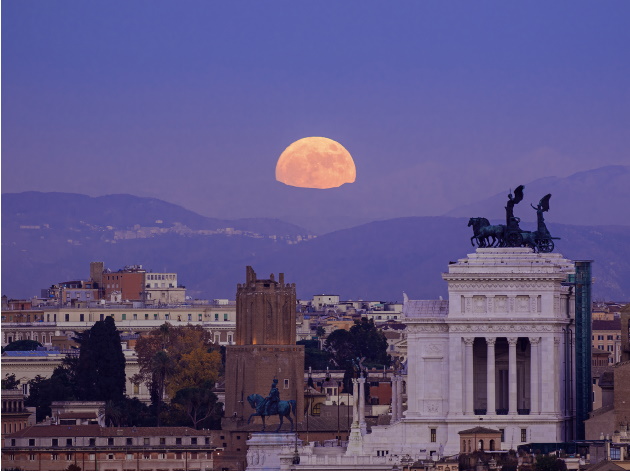 The thirty shots on display at the Museo Civico di Zoologia depict the sky above Rome. Friends of poets, philosophers and scientists, the moon and the stars have observed history passing by, watching over us. In a big city, however, it is more and more difficult to seize their timeless beauty, overshadowed by the pollution of too many artificial lights.

Hence the project of Gianluca Masi, astronomer of the Roman Planetarium but also a researcher and passionate scientific divulger: let the celestial vault and the urban spaces dialogue, to rediscover and protect that treasure of wonders hidden in the firmament. In “Carpe Sidera. The wonder of the sky on the beauty of Rome”, the splendor of the night sky lights up on that of monuments and symbols of the Italian Capital, adding beauty to beauty.

From the passage of the Space Station on the Trinità dei Monti stairway to the supermoon looming on the horizon of the Altare della Patria, from Venus that sets beside the Dome of San Pietro to the scratch of light of a satellite on Piazza del Campidoglio, we travel between sky and earth, amazed by some of the most spectacular phenomena of the night firmament and the eternal charm of Rome.

Special meeting on night photography and on the phenomena observed and immortalized in the photographs will take place during the exhibition, subject to availability.