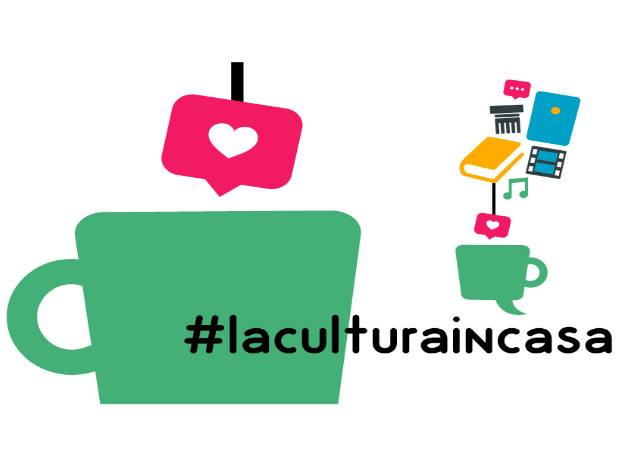 After the reopening of the Civic Museums, Palazzo delle Esposizioni, and the first Libraries of Roma Capitale, some live activities gradually start again, while the digital #laculturaincasa palimpsest continues.

Here are the appointments until June 21.

Some of the Academies and Institutes of International Culture in the city, such as the Academy of Romania, the Austrian Forum of Culture, the Royal Academy of Spain, the Academy of France in Rome - Villa Medici, the Hungarian Academy of Rome, the Belgian Academy and the Italian-Latin American International Organization IILA, ​​but also the Instituto Cervantes in Rome, the Rome Villa Massimo Academy, the French Institute Saint Louis, the Japanese Cultural Institute and the Korean Cultural Institute, have joined #laculturaincasa program. You can follow their events and digital contents of the Academies and Institutes with hashtag #laculturaincasa.

Civic Museums - Together with the reopening of all the Civic Museums of Roma Capitale, the Imperial Forums, and the Circus Maximus, with compulsory reservations, digital activity continues with the various social categories. Great event this week at the Capitoline Museums with the exhibition Il tempo di Caravaggio. Capolavori della collezione di Roberto Longhi, which houses the famous work of Caravaggio Boy bitten by a lizard and over 40 paintings by the artists influenced by his figurative revolution.

Tuesday 16 at 17.00, the episode of Athenae Noctua. La Signora delle Tenebre of "Radio Civette" is dedicated to the passage of the owl, a mysterious volatile symbol of the Casina delle Civette, in the era of Romanticism.

Palazzo delle Esposizioni - The Palazzo opens this week with two new exhibitions: World Press Photo Exhibition 2020, which offers the opportunity to travel the world through the selection of images from the prestigious competition that rewards the greatest exponents of international photojournalism, in Italian preview.

Tra Munari e Rodari, on the other hand, celebrates the encounter between two protagonists of the 20th-century artistic panorama, in a continuous game of references between images and words that returns their common knots: creativity as divergent thought, the seriousness of the game, the power of estrangement. The anthology of Jim Dine continues, with the possibility of individual guided tours by reservation, every Tuesday and Thursday.

Macro - On the website www.museomacro.it, the Extra section updates with details on the exhibition Museo per l'Immaginazione Preventiva - EDITORIALE scheduled for July 17, while the Dispatch section collects the episodes of the museum sound bulletin. On its Instagram and Facebook profiles, the story of works and images of the poster of the Museum for the Preventive Imagination begins. The invitation to send your artist's postcard is always open thanks to the work Museum as Bureau of Communication created by Olaf Nicolai. Just indicate the message, the recipient, and the museum will act as a mediator, choosing the image of the work that will accompany it.

Il Mattatoio continues its program as a space for research, production, and presentation of practices related to the performing arts. While its reopening is being prepared, a series of digital projects are underway on the website www.mattatoioroma.it and on the Instagram and Facebook channels: TRÀCCIA is a rhizomatic diary of this time out of the ordinary, which gives voice to numerous subjects who, in pairs, compare and question with a word and an image; Mattatoio Multiforme is a story about this place, which has been, since the beginning, a venue for the exchange of knowledge and practices.

Teatro di Roma - From Monday, the Teatro di Roma has reopened to the city, the artists, and the public for a gradual return through a three-step process. To return first, companies, actors, and actresses to Argentina begin the auditions for the selection of the group of interpreters who will make up the next production sites of the Theater and the rehearsals of the company directed by Giacomo Bisordi.

Rehearsals for the new debuts of Muta Imago with Sonora Desert, Industria Indipendente with Klub Taiga, and Frosini / Timpano with Eighty-nine are starting at India.

Teatro dell'Opera - For the Digital Theater from Tuesday 16 to Thursday 18, it is possible to review Giuseppe Verdi's Rigoletto in 1991 set up, with the musical direction of the master Bruno Bartoletti and the direction of Silvia Cassini.

From Friday 19 to Sunday 21, Giselle's perfect synthesis of the romantic ballet, visible in the memorable interpretation that Carla Fracci and Rudolf Nureyev gave of it in 1980.

Sunday 21 June at 7 pm, on the occasion of the Festa della Musica di Roma 2020, you can follow a special event in free streaming on OperaVision's YouTube channel. The soprano Rosa Feola and the baritone Roberto Frontali, accompanied on the piano by Enrica Ruggiero, will sing from the stage of Costanzi playing Caro nome from Verdi's Rigoletto and Nemico della Patria by Giordano's Andrea Chénier. The two performances are part of an exclusive gala organized by OperaVision, together with eight of the major European musical institutions. De Nationale Opera in Amsterdam, Komische Oper in Berlin, Glyndebourne, Teatro Real in Madrid, Opéra-Comique in Paris, Det Kongelige Teater in Stockholm, Grand National Theater-Opera in Warsaw and, for Italy, the Opera House in Rome, have contributed with their own artistic proposal to the creation of the program of the OperaVision Summer Gala.

Fondazione Cinema per Roma - Backstage: cinema and its professions is the initiative created by the Foundation which collects on video a series of testimonials signed by some of the best known and most appreciated professionals of the big screen. During the week, a clip will be shared featuring the two famous voice actors Francesco Pannofino - a voice of actors such as Denzel Washington and George Clooney - and his wife Emanuela Rossi - Emma Thompson, Michelle Pfeiffer. Video visible on the website www.romacinemafest.org and through the social channels of the @romacityfest Foundation. 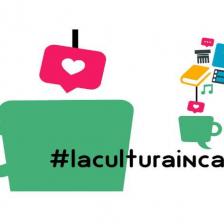