Tarkovskij and the transcendent in the cinema 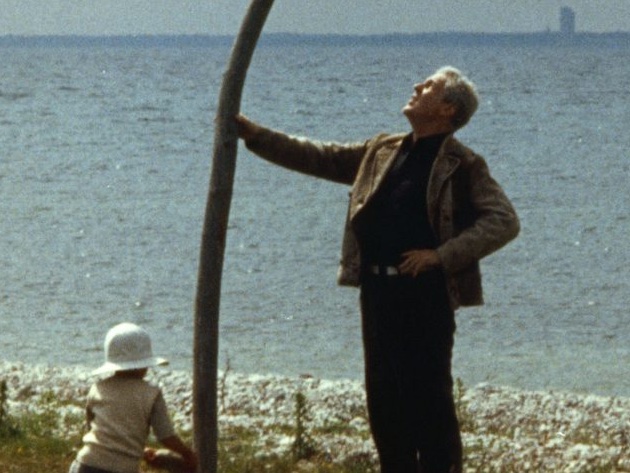 “It can no longer be said that cinema is made up of little stories that are acted and filmed. This has nothing to do with cinema. First of all, the film is a work, which is impossible to achieve with any other artistic means. Cinema is only what can be created with cinematographic means, and only with them”.

With these words, the Soviet director Andrei Arsen'evič Tarkovskij expresses his vision of cinema, which he sees more closely related to poetry and music than to fiction. For Tarkovskij the raw material of cinema is not narration but time; it can be said that it was perhaps the author who was best able to transform the cinema into a means of inner exploration, looking for the absolute.

On the occasion of the 35th anniversary of his death at the Palazzo delle Esposizioni - Sala Cinema - takes place the wonderful review which traces the career of the Russian director starting from his youthful titles, such as Ivan's childhood or The steamroller and the violin , graduation essay at VGIK, up to the masterpieces of maturity, such as: Andrej Rublëv, Solaris, The mirror, Stalker, and finally, shot during his long exile due to the ostracism of the Soviet regime towards him, Nostalghia and Sacrifice. All films characterized by long sequences, by atypical, unconventional narrative structures and by spiritual and metaphysical themes.

Tarkovsky's filmography is also accompanied by a journey through the transcendent in cinema, thanks to which viewers can rediscover films from various periods and countries that in very different ways have tried to translate into images something far from rational understanding. In fact, there are many titles presented: from Ordet - The word by Dreyer and The seventh seal by Bergman, up to Pasolini's Theorem and Rossellini's Journey to Italy, and also The sky above Berlin by Wenders and Fairy Morgana by Herzog, Bresson's A Man Sentenced to Death and, finally, 2001: A Space Odyssey by Kubrick.

The event is organized by the Palaexpo Special Company, Experimental Center of Cinematography - National Film Archive and La Farfalla sul Mirino; with the support of the Polish Institute of Rome and the Goethe-Institut.