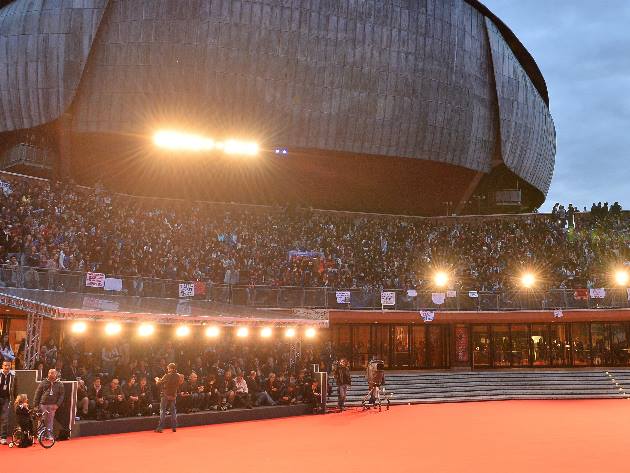 The Capital celebrates the "seventh art" with the 16th edition of Rome Film Fest, hosted at the Auditorium Parco della Musica. Here, the 1300 square meters of the path leading to the Cavea turns into one of the longest red carpets in the world.

As every year, the event involves numerous other locations, including MAXXI – National Museum of XXI Century Arts, Casa del Cinema, Rebibbia, the Independent Libraries circuit, and the city's movie theatres.

The program is full of screenings, meetings, events, exhibitions, installations, conferences and debates. Besides the films of the Official Selection and "Everyone's talking about it", a major role is dedicated to the Close Encounters with directors, actors and leading figures in the world of art and culture, to the Retrospectives, and to Tributes and Film Restorations.

Among the first previews are the Lifetime Achievement Awards to cult directors Tim Burton and Quentin Tarantino − who will meet the public at the Auditorium Parco della Musica. Then, on the program, the Close Encounter with Zadie Smith, British writer, and the Retrospective on Arthur Penn, the iconic American director and producer.

Official Selection: films selected within the panorama of independent filmmaking, in the production of genre movies, in the work of established auteurs, in that of emerging directors, in research and experimentation, in blockbuster films with a vocation for the spectacular, in animation, in the visual arts and documentaries. The films in the Official Selection can compete for the Ferrovie dello Stato Italiane People’s Choice Award.

Everybody’s talking about it: a space dedicated to some of the highly anticipated films that come to the Rome Film Fest following a surprising debut at the most renowned international film festivals.

Special events: films, documentaries and tv series that bring together cinema and the other arts, such as music and fashion, highlight the bond with the sports world, or address themes of burning relevance such as the environment or scientific discoveries.

Close Encounters: one of the events most valued by the Rome Film Fest audiences. Film auteurs and actors and exponents of Italian or international culture meet the public, talk about their careers and the works they have been most influenced by.

Retrospectives: exploring the work of the great masters of international cinema with particular attention to the aesthetics, the language and the techniques that have made them a model for later generations of filmmakers.

Tributes and Restorations: the memory of the greats in film history in a series of screenings and events, with the presentation of unforgettable masterpieces in restored versions.

Reflections: stories from around the world, unusual portraits, surprising film debuts, focuses on the world of cinema, its protagonists, its industry.

Duel: two personalities from the world of cinema, culture and entertainment face off before the public, debating diverging opinions on themes relative to cinema, its protagonists, its stories.

Loyalty/Betrayals: renowned Italian and international authors comment on the film adaptations of famous works of literature.

Films of our Lives: the Artistic Director, the members of the Selection Committee and the Head of Retrospectives share with the public a short series of films that have influenced their passion for cinema.

Pre-openings: October is the month of the Rome Film Fest. In the days preceding the inauguration, the Fest will host a series of preview screenings open to the public.