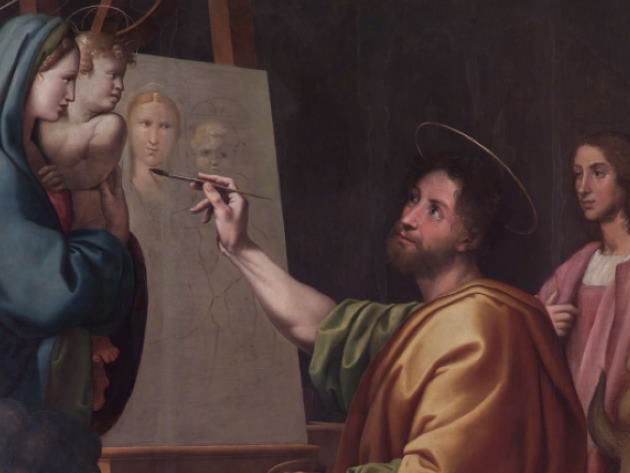 On April 6, 1520, at the age of 37, Raffaello Sanzio died in Rome: a maestro for generations of artists, he was taken as a reference by the Academy of San Luca, who helped build and spread his legend. As part of the celebrations dedicated to the Renaissance master for the 500th anniversary of his death, the Academy renews with this exhibition its historic commitment to preserving his memory, illustrating through the works on display what Raphael represented in Roman academic and artistic culture.

As early as the 16th century, the Academy had already chosen as its symbol the altarpiece representing St Luke Painting the Virgin, a painting traditionally attributed to Raphael, who is portrayed standing next to the patron saint of painters. One of the clearest examples of the importance attributed to the painting is the copy made by Antiveduto Gramatica in 1623 and currently conserved in the church of Santi Luca e Martina. The exhibition offers the public an opportunity to see the two paintings side-by-side for the first time in centuries, along with a selection of more recent drawings and prints inspired by them.

Stars of the exhibition include the Putto with Garland, which some believe to be the first version of the putto represented alongside the Prophet Isaiah in the Roman church of Sant’Agostino. The fresco made its appearance in the Academy’s gallery in 1834, giving rise to what would become a veritable mania for making copies of the subject: the most famous example is the copy made in 1858 by the young French painter Gustave Moreau, which here, on loan from the Musée Gustave Moreau in Paris, is at long last reunited with the original.

The exhibition concludes with a gallery of works by some of the Academy’s great masters, exemplifying the many ways in which the example offered by the greatest of painters was studied, assimilated and re-elaborated over the centuries, up to the 20th century, as is attested by the self-portrait by Achille Funi with which the exhibition ends.