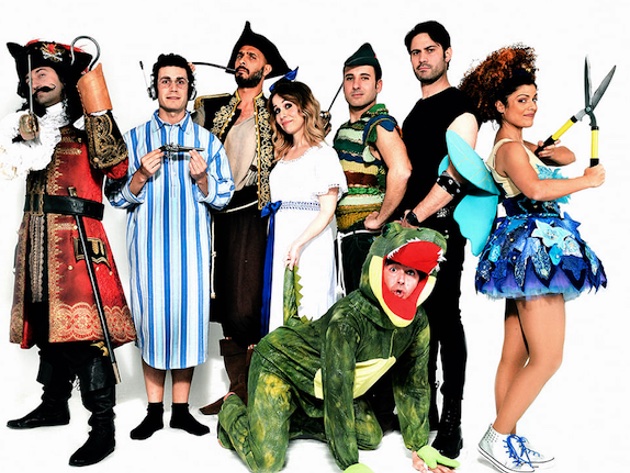 The award-winning English musical comedy Peter Pan goes wrong finally arrives at the Brancaccio Theater in the Italian version with the title Che disastro di Peter Pan, after having enjoyed great success with audiences and critics at an international level.

The musical, based on the original comedy Peter Pan by J.M.Barrie, is directed by Adam Meggido and tells the adventures of the bizarre amateur theater company of the remote village of Sant'Eufrasio Piedimonte who, after having suddenly inherited a large sum of money, attempts to stage J.M.Barrie’s classic.

During the staging, however, the company is hampered by technical problems, misadventures of all kinds, disputes and tensions between the actors. The plot of the show is thus barely glimpsed among the various disasters and continuous setbacks that accumulate more and more in the play, increasing the chaos and general confusion: doors that do not open, props that disappear to reappear elsewhere, anticipated or delayed sound effects.

The comical misadventures of the actors inevitably facing yet another failure of this clumsy theatrical enterprise cannot fail to generate unlimited fun.