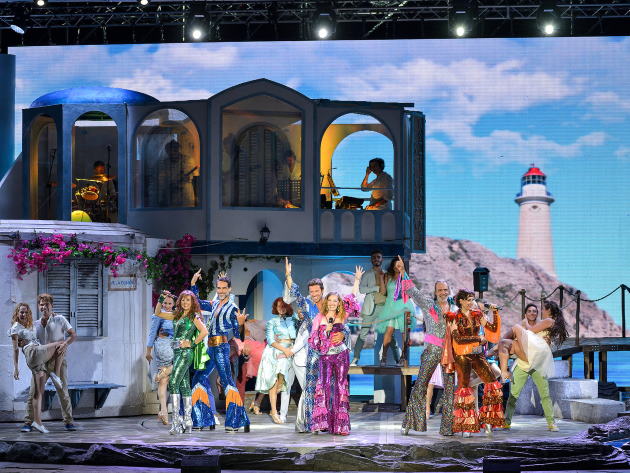 After a long stop, almost two years due to the pandemic, the Teatro Sistina reopens to the public with one of the most loved shows of recent years, a global phenomenon that has been played all over the world and has always sold out in the most great Italian theaters. “Mamma Mia” is the smash hit musical of the 2000s, an unmissable romantic comedy presented in the Italian version signed by Massimo Romeo Piparo, starring Paolo Conticini, Luca Ward, Sergio Muniz and Sabrina Marciano in the role played by Meryl Streep in the film.

With a rich and spectacular staging and a cast of over 30 artists, the musical tells the story of the young Sophie who, a few days after her wedding on the Greek island where she lives, calls her mother’s three historical boyfriends to find out which of them is the father she has never known. The live orchestra conducted by Emanuele Friello performs the legendary songs of Abba, from Mamma Mia! to Dancing Queen, from The winner takes it all to Super Trouper: 24 songs translated into Italian at the behest of the original authors and, like the dialogues, edited directly by the Italian director.

Awaiting the spectators is a completely renovated theater, with new furnishings and a new ventilation and ticket sales system, at the box office or online on the theater website with the possibility of viewing the stage in 3D from the chosen seat. Also new is the start time of the shows: the evening reruns start at 8.30 pm while the afternoon ones start at 4 pm.