The fantastic enterprise of the actor Colangeli. All Dante's Comedy learned by heart | Turismo Roma
Skip to main content

The fantastic enterprise of the actor Colangeli. All Dante's Comedy learned by heart 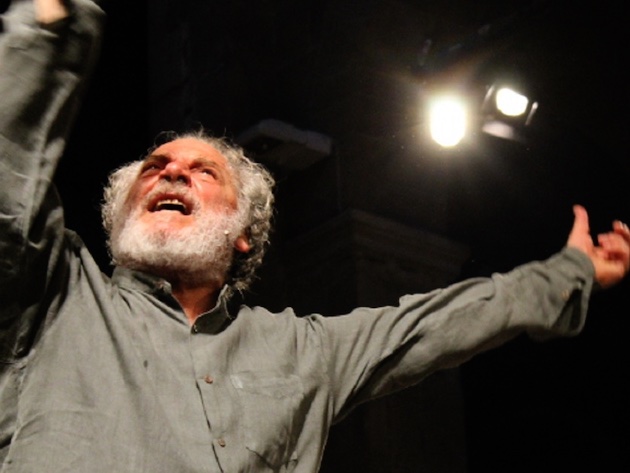 Giorgio Colangeli undertakes a truly amazing and demanding enterprise: that of Dante's Divine Comedy learned by heart. In fact, the actor, among the very few to have learned the entire Comedy, tries to restore the poet's monumental work to the public in its entirety, thus rediscovering the collective rite of an orality lost in our society.

In fact, once upon a time, Dante's triplets, like most of the poetic works, were the oral heritage of every class of the population which contributed to making them alive and an integral part of the culture of our country.

The great actor, known above all for his ability to involve spectators in the stage action, manages to give us the verses of Dante's poem like a sound, a flow to indulge in, transporting us on a long journey through the memory of lost things, through poetry.

The show, which also makes use of the musical contributions of Tommaso Cuneo on guitar and Vincenzo Di Sanzo on zampogna, is made by the Teatro Argentina with the contribution and collaboration of the National Committee for the celebrations of the 700th anniversary of Dante Alighieri's death.