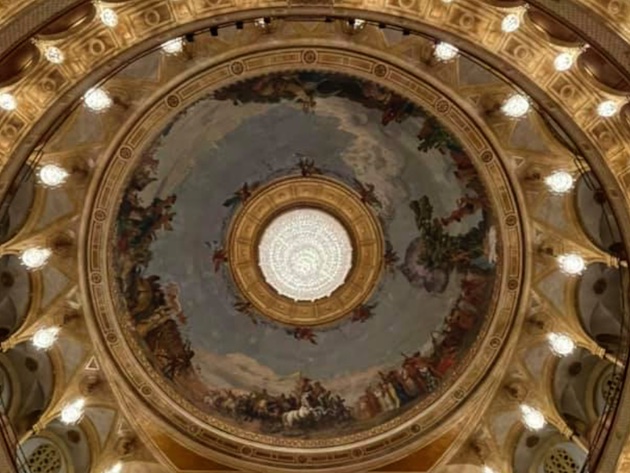 The new opera season of the Teatro dell’Opera in Rome opens this year with an absolute premiere, the Julius Caesar, commissioned by the Roman Opera House from one of today's greatest composers, Giorgio Battistelli, with a libretto by Ian Burton.

The opera, taken from the well-known tragedy written by William Shakespeare between 1599 and 1601, is directed by maestro Daniele Gatti who, after this experience, takes leave of his position as musical director of the Opera House. The new staging is entrusted to the internationally renowned Canadian director Robert Carsen, who has established himself in recent years as one of the most innovative directors for the staging of shows in which the rereading of the operatic dramaturgy does not betray the spirit of the scores, which are enhanced by visual systems of great aesthetic refinement.

In the international cast we remember Clive Bayley who plays Julius Caesar, Elliot Madore and Julian Hubbard who respectively play Brutus and Cassio, Dominic Sedgwick in the role of Antonio, Casca Michael J. Scott in that of Casca and Scott Wilde in that of Decius.

The work is presented in the original language with Italian and English surtitles.