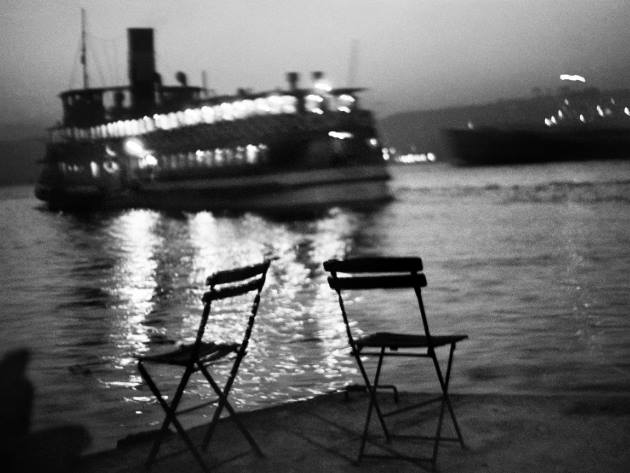 The exhibition is a monograph dedicated to the most important representative of creative photography in Turkey, who passed away at the end of 2018. A lucid observer of Turkish history and society, Güler bequeathed an archive of over two million photos. On display a selection of about 80 images: a large retrospective particularly dedicated to the city of Istanbul and a section of portraits of famous people.

Named one of the seven best photographers in the world by the British Journal of Photography Yearbook and awarded the prestigious title of "Master of Leica", Ara Güler arrives in Rome with his black and white shots. The Roman exhibition is hosted at the Museo di Roma in Trastevere, after the Saatchi Gallery in London, the Polka Gallery in Paris, the Tofukuji Temple in Kyoto, as part of the G-20 summit, and the Alexander Hamilton Custom House in New York in conjunction with the UN General Assembly, before continuing its journey in Mogadishu.

The exhibition is mostly composed of photographs of Istanbul taken by Güler starting in the 1950s, a pivotal period in which he was recruited by Henri Cartier-Bresson for the Magnum Agency, became a correspondent for the Near East, first for Time Life in 1956, then for Paris Match and Stern in 1958. The 45 black and white views of the city are a precious testimony of humanity, now almost erased from memory, and are joined by a section of 37 portraits of important personalities from the world of art, literature, science and politics: from Federico Fellini to Sophia Loren, from Bernardo Bertolucci to Antonio Tabucchi, from Pope Paul VI to Winston Churchill, from Pablo Picasso to Salvator Dalì.

All the greatest personalities of the last 65 years, who have left an indelible mark with their ideas, their art and their actions, have been portrayed by his lens and immortalized in his photographs, taken during a career that began in 1950 and only ended with his death. The artistic journey of Ara Güler put his hometown Istanbul at the centre of his life and his art, and thanks to his original, compelling and prolific language, free from any form of bigotry, he represents an edifying testimony of “true artist” in Turkey.