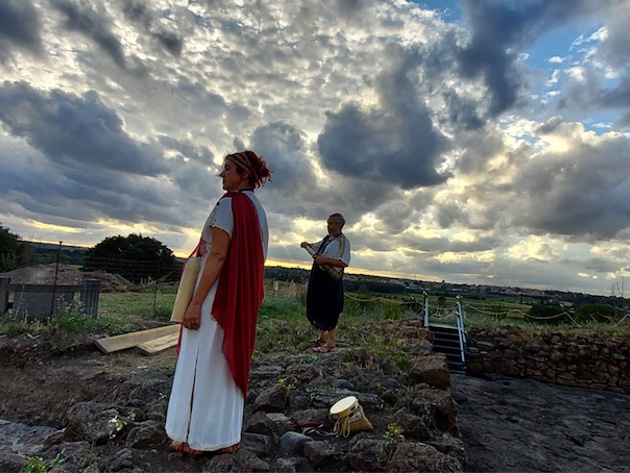 The event, which has Ceres and the Mediterranean as its subtitle, is entirely dedicated to cereals and is linked to the ancient rites of the Vestals and the Ludi of Ceres widespread in ancient Rome. The latter in fact, recalled in a scenic form, constitute the Roman element that characterizes each edition of the festival.

Another distinctive element of the event is the connection with the countries of the Mediterranean basin, a component that encourages intercultural exchange thanks also to the twinning with a different country every year. In fact, the Mediterranean has been, since ancient times, and still is today, the crossroads of both commercial and cultural exchanges.The festival therefore represents not only a moment of historical re-enactment, but places the accent on exchanges between different cultures, addressing fundamental issues such as food, the environment, the economy, the territory and, last but not least, the social dimension. Among the main purposes of the event is the knowledge of the importance of the land and indigenous cultures, to reconnect the links between the production area and the consumers' table, thus rediscovering customs and traditions of the past based on respect for the land and its fruits.

The event also represents a moment of reflection and sharing of the peoples overlooking the mare nostrum, stimulating the development of sustainable models of circular economy in respect and protection of the Mediterranean ecosystem, in view of the common challenges of 2030. The Cerealia international festival is a transdisciplinary network project, promoted by sixteen organizations - profit and non-profit -, as well as many public and private partners.