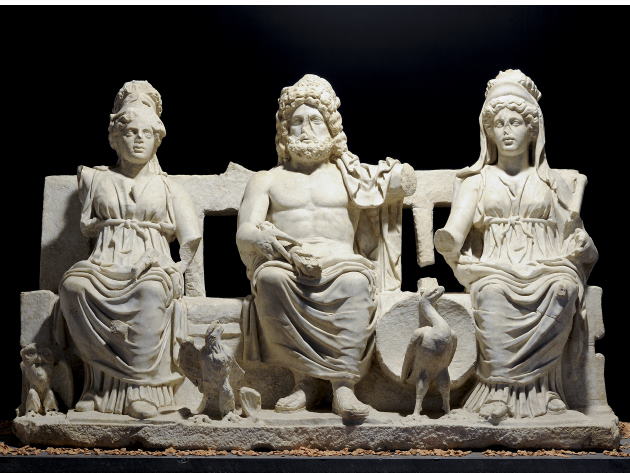 “Iuravit in mea verba tota Italia sponte sua”, that is “All of Italy willingly swore an oath to me”: evoking in its title Augustus’ words, who in the Res Gestae attributed to the whole nation the choice to fight alongside him against Marcus Antonius, the exhibition tells the story of the long and complex process of Romanization of the Italian peninsula, a fascinating mosaic of people and traditions, retracing the steps that led to its unification under the banner of Rome, the beating heart of a gigantic global empire.

The outstanding expressive variety and cultural richness of pre-Roman Italy is shown to the public through 400 exemplary historic finds, such as statues, jewels, ceramics, weapons, glasses, from as many as 36 lenders, including State and Civic Museums as well as State Superintendencies that have created a “network” to tell a crucial period in the history of the country. There are many artefacts of unquestionable historical: the Throne decorated in relief from the Barberini Corsini National Galleries in Rome, the Portrait of the Veiled head of Augustus from the National Archaeological Museum of the Marche, the Bust of Ottavia the Younger from the National Roman Museum - Palazzo Massimo alle Terme, the Capitoline Triad (found by tomb robbers between Tivoli and Guidonia, illegally exported abroad and later recovered by the carabinieri in the 1990s) and the the Cista jewellery holder with an inscription in archaic Latin from the National Etruscan Museum of Villa Giulia in Rome, but also iconic funerary items such as the Grave goods of the “Tomb of the two warriors”, preserved at the “Massimo Pallottino” Melfese Archaeological Museum and the Grave goods of a female tomb from the necropolis of Montefortino d’Arcevia.