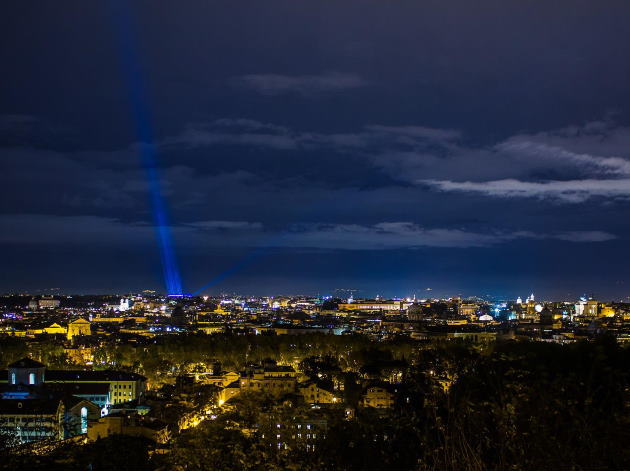 Whether they are held in a square, a garden, a courtyard or even a parking lot, outdoor movies – with the big screen framed by a starry sky in the darkness of the night – is one of those indispensable pleasures offered by warm summer evenings. In the more relaxed summer days, one can catch up on films missed during the year, discover small masterpieces or re-enjoy great classics and vintage films. All this with an informal and joyful atmosphere, under the banner of sociability and exchange, even when the directors or actors are invited to present the film or talk with the audience.

In Rome, there are plenty of “cinemas en plein air”: historic venues and new entries can be found both in the city center and the suburbs. Seeing a film can be the perfect opportunity to explore a side of the city we didn't know, or little-visited places, but also to immerse ourselves in the magic of simply spectacular locations. This is the case, for example, of the Villae Film Festival in Tivoli, at Villa Adriana and Villa d’Este, or Cinema alle Mura, in the unique setting of the Aurelian Walls. Not to mention Isola del Cinema, the historic festival included last year by Time Out magazine among the most evocative outdoor screens in the world: all the excitement of cinema combined with the picture-postcard panorama of Tiber Island, between the ancient Ponte Fabricio and Trastevere. Also transformed into a wonderful open-air movie theater is the nearby Piazza San Cosimato, which for the past eight years has hosted free screenings by the Piccolo America Association. In recent years, however, their Il Cinema In Piazza festival has also involved two less known places, the Parco della Cervelletta in Tor Sapienza and the Parco di Monte Ciocci in Valle Aurelia.

With the new Caleidoscopio season, the Casa del Cinema and its Ettore Scola open-air theater are confirmed as one of the must-see events of the Roman Summer, but browsing through the city's neighborhoods, the offerings for seventh-art enthusiasts are decidedly wide-ranging. A few examples? Cinema at MAXXI and Arena Tiziano in the Flaminio district, Cinevillage in Piazza Vittorio and Monteverde, the Arena Garbatella, in one of the most beloved neighborhoods for tourists and locals, and not far away the Film Society festival at Teatro India. But cinema this year in Rome is also invading parking lots... On the terrace of the new multipurpose center Casilino Sky Park, in fact, a space has been set aside for a summer arena: Cinema sul tetto - Visioni periferiche provides two screenings a week, from June to September, and features films released in theaters from 2019 to the present. 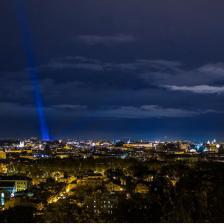