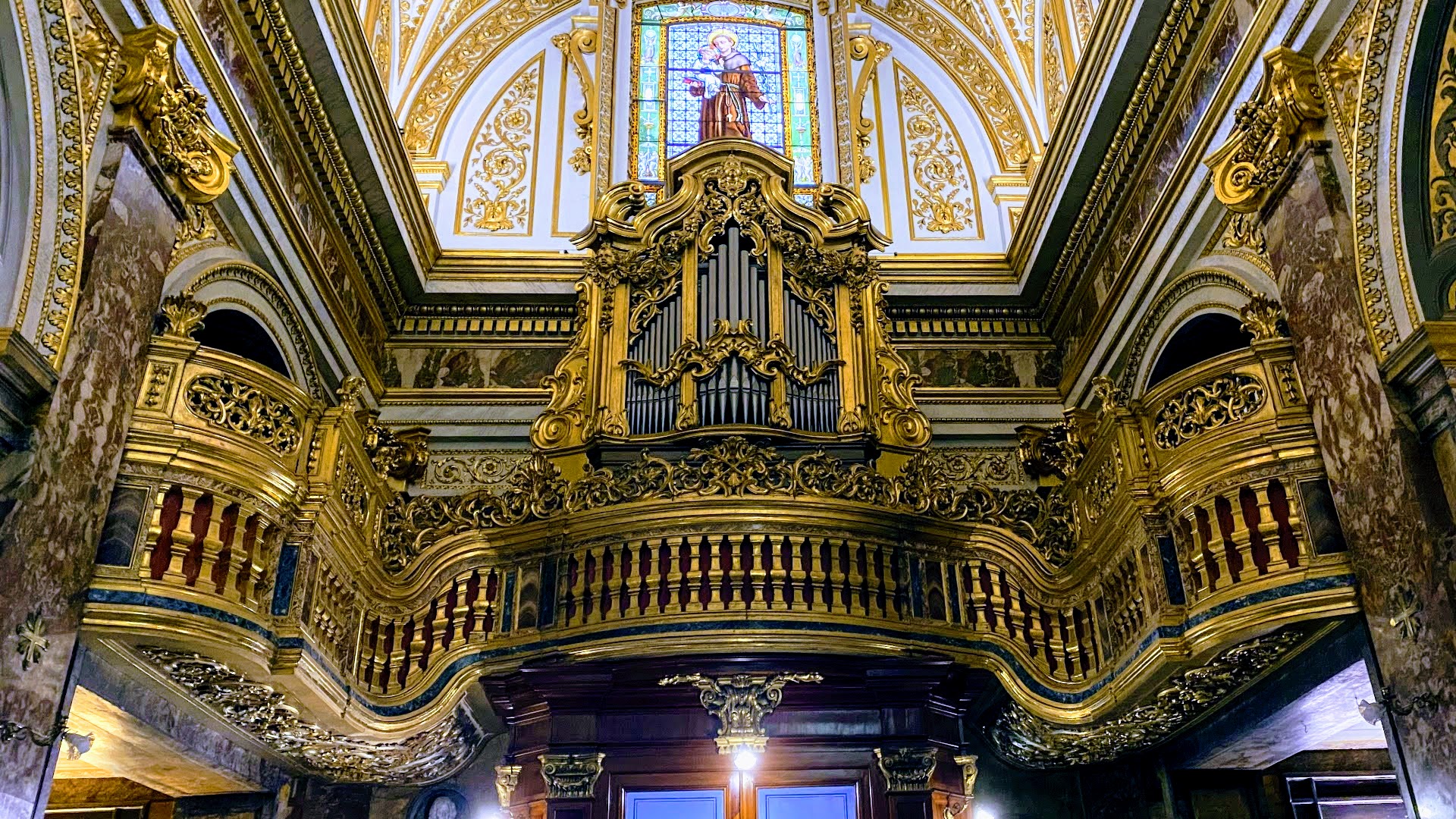 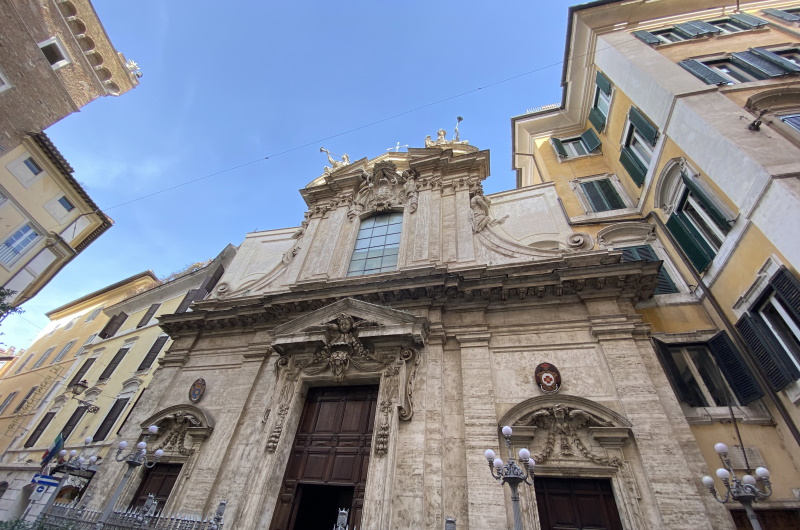 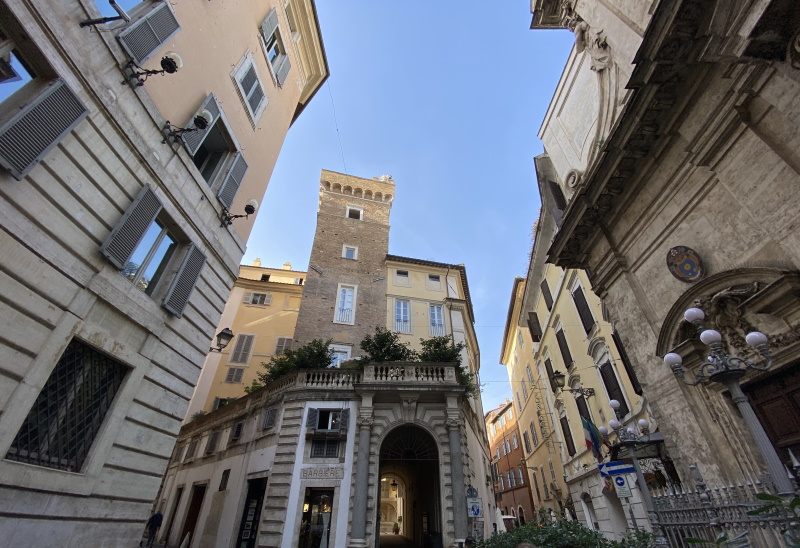 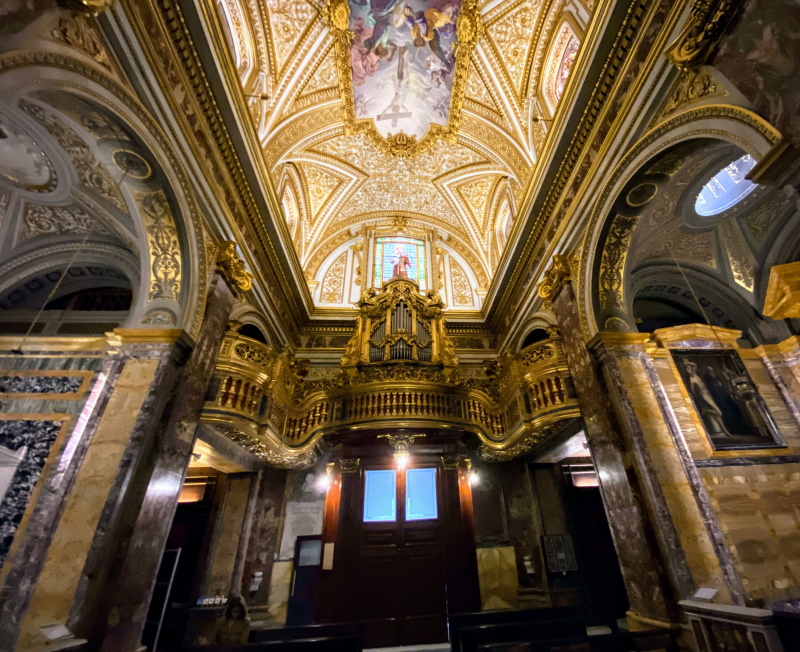 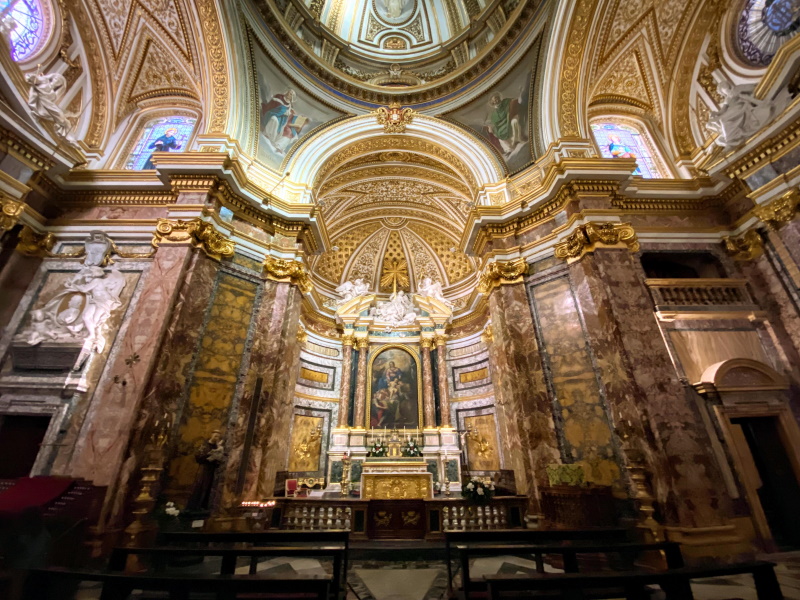 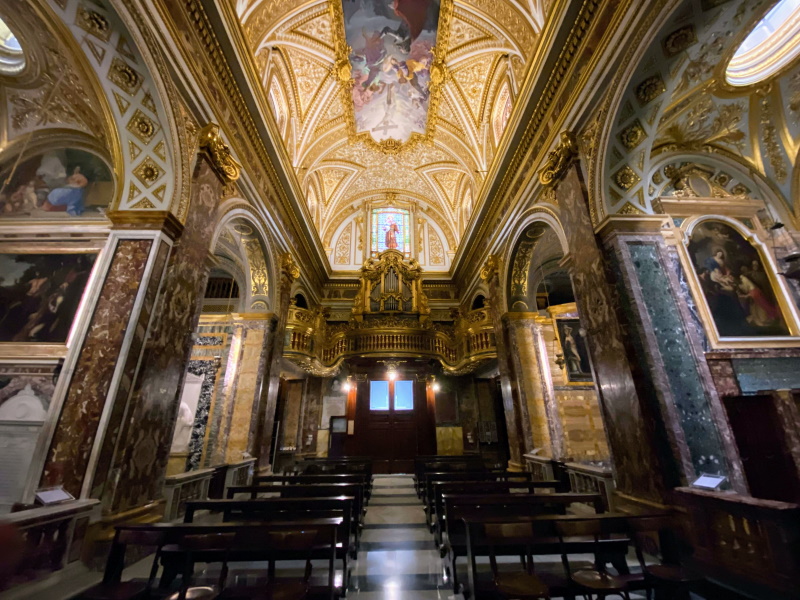 Given the increasing influx of pilgrims who came to Rome to pray at the tombs of the apostles, "National Churches" such as Santa Maria in Monserrato for the Spaniards, San Luigi dei Francesi for the French, and Santa Maria dell'Anima for the Germans began to spring up at the end of the Middle Ages.

The same happened for the Lusitanian faithful and to the church first dedicated to St. Anthony Abbot and later named after the best-known of all Portuguese saints, St. Anthony of Padua, born in Lisbon.

Also known as Sant'Antonio in Campo Marzio, the church is located within the Rione of the same name. It was founded in 1445 by Antonio Martinez de Chaves, recently appointed cardinal by Eugene IV at the Council of Florence, and built on the site where Donna Giovanna of Lisbon, a Portuguese noblewoman, had established a hospice for her poor compatriots.

In 1638, the church, too cramped, was rebuilt. The Portuguese entrusted the work to Martino Longhi the Younger, who was succeeded in 1674 by Carlo Rainaldi, who built the dome.

The Baroque facade was also by Martino Longhi, but later completed by Cristoforo Schor, has two orders. The lower level has three portals: the central one is surmounted by a triangular tympanum enclosing a winged marble angel surrounded by festoons. A large window and the coat of arms of the Braganza, an ancient Portuguese family that financially helped the church, dominate the upper level. Two figures of seated angels complete the facade.

The interior, which has a Latin cross plan, is rich in extraordinary polychrome marble. On either side are six chapels with sculptures and paintings, including a panel with images of the Madonna and St. Anthony by Antoniazzo Romano (1435-1509), canvases by painter Antonio Concioli - Adoration of the Magi, Nativity and Rest during the Flight into Egypt, both from 1782 - and Antonio Canova's De Souza Monument (1808). The decoration of the transept is the work of Luigi Vanvitelli.

The church also houses a splendid Mascioni pipe organ, made in 1748 by Manuel Pereira de Sampayo for the Universal Jubilee of 1750. During World War II, the precious instrument suffered severe damage, but in 1956, after careful restoration, it was replaced by a new organ thanks to  the Ditta Fratelli Ruffatti, which used the original case. In 2008, master organist Jean Guillou carried out a subsequent conservative intervention by inserting a new organ case and new registers. 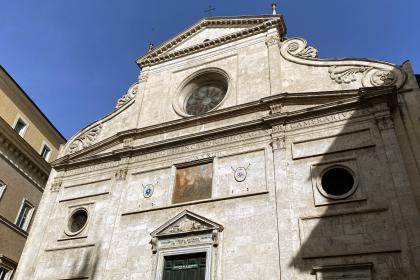 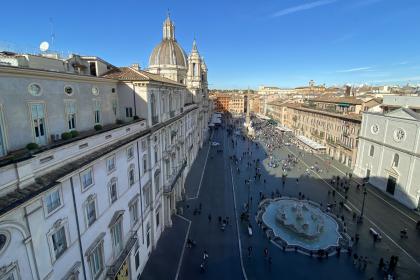 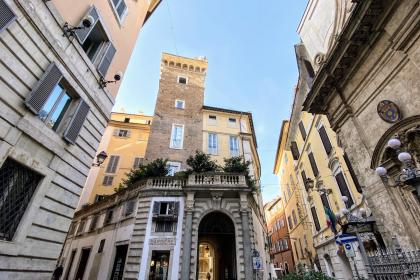 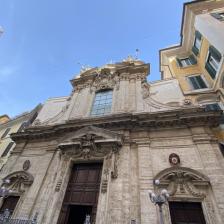 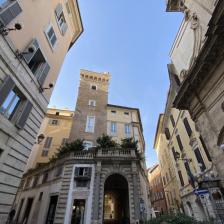 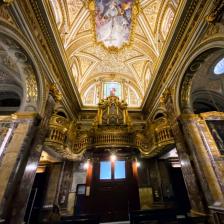 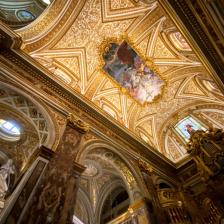 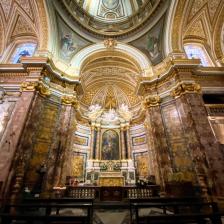 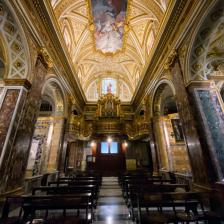