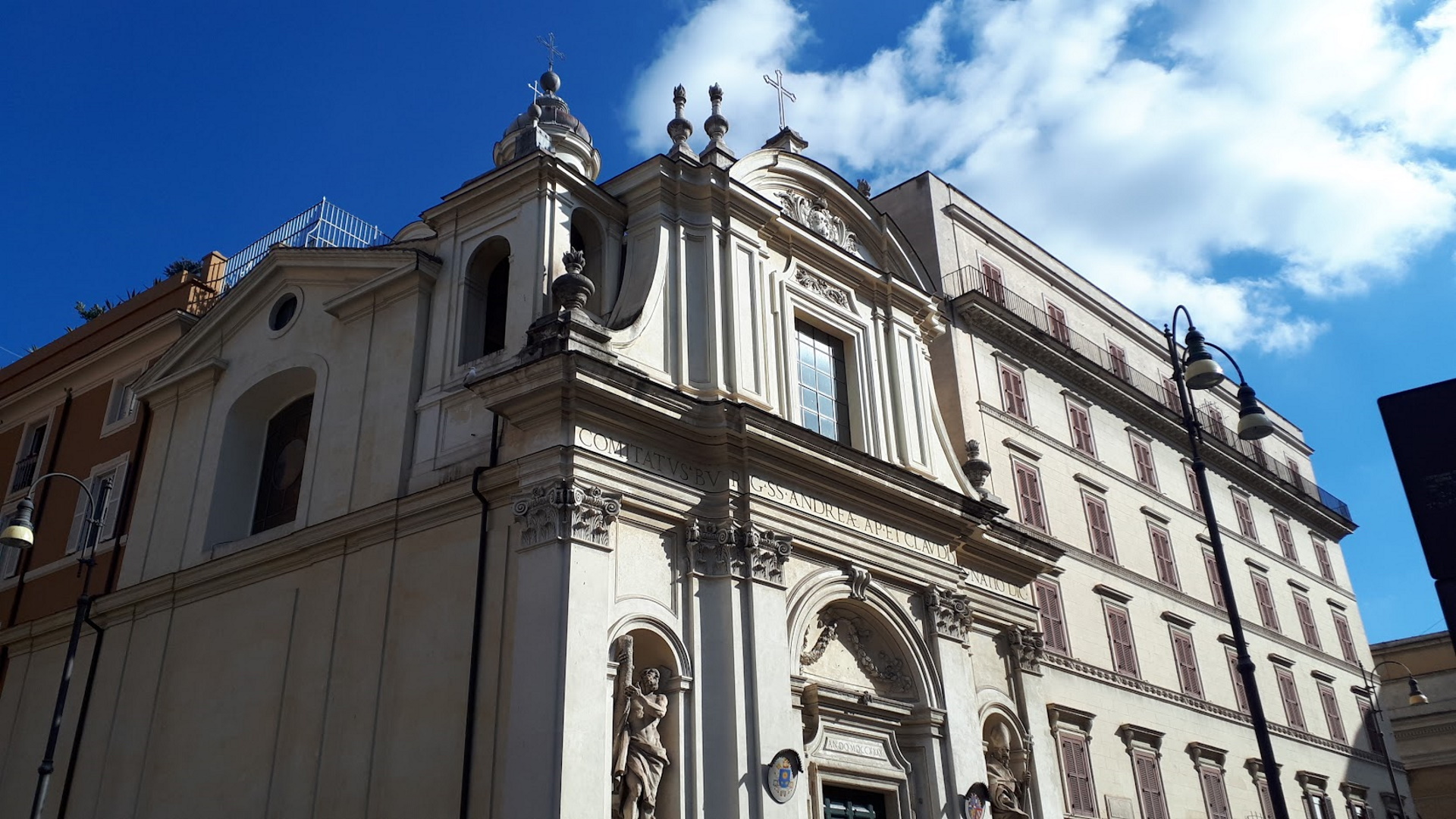 The church of Saints Andrea and Claudio dei Borgognoni is located in Piazza San Claudio, in the Trevi district, near Piazza San Silvestro. The history of the building is linked to the Burgundians who, towards the end of the Thirty Years' War, emigrated in large numbers to Rome, and in 1652, formed a brotherhood by purchasing an oratory in the area near today's Piazza San Silvestro. In 1662 a hospice for pilgrims was also opened next to the church. In 1729 the church was rebuilt by the French architect Antoine Dérizet and was dedicated to the two saints Claudius, martyr of the third century, and Andrew the apostle.

The facade consists of two orders: in the lower one there is a portal included in a round arch with the statues of Saints Claudius and Andrew on the sides (the latter by Luc François Breton); in the upper order we find a window and the crowning tympanum. The interior is in the form of a Greek cross, with a hemispherical dome; in the pendentives the stuccos of the Four Evangelists are represented; while in the four arches on which the dome rests there are stuccos of Angels, allegories of the Passion, Hope and Faith. On the main altar a bronze sculpture depicting the terrestrial globe acts as a throne for the Eucharistic exhibition inside a golden halo; above the rays, a fresco by Antonio Bicchierai depicting God blessing.

In the left side chapel there is an urn in polychrome marble, the work of Corrado Mezzana, with the remains of Pierre-Julien Eymard, founder of the Sacramentini Fathers. Above the altar there is a canvas by Placido Costanzi depicting a Vision of San Carlo Borromeo to whom appears a saint dressed in white (1731). On the sides of the chapel modern paintings from 1939.

In the right side chapel, dedicated to St. Joseph, there are modern works by Cleto Luzzi (1949), with the Dream of St. Joseph and the Flight into Egypt, while on the altar stands a St. Joseph between two angels by Guido Francisci.