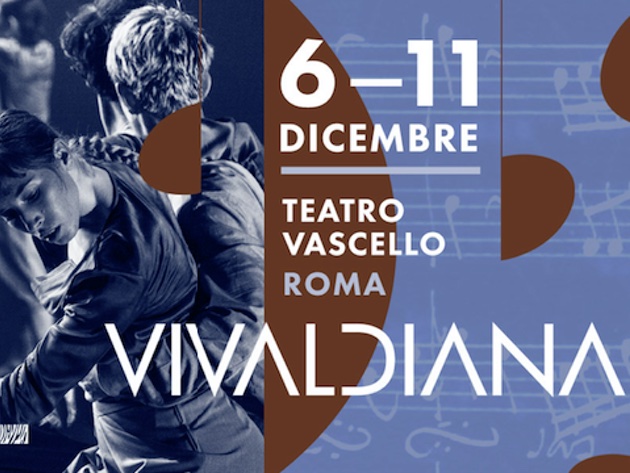 In the Vivaldiana show at the Teatro Vascello produced by Spellbound, we witness a partial reworking of Antonio Vivaldi's music, integrated with some characteristics of his unconventional personality. In fact, the choreographer Mauro Astolfi tries to translate some compositions of the great Italian musician into movement and to tell of his ability as an innovator of Baroque music.

The show inaugurated the 2019 season of the Grand Theater de Luxemburg, which commissioned and co-produced the larger two-part project Vivaldi Variations. Mauro Astolfi, collaborating with the Luxembourg choreographer Jean-Guillaume Weis studied the work and life of the musician in great detail and the two artists then staged the different approaches, creating respectively Vivaldiana and Seasons, choreographies both entrusted to the interpretation of the Spellbound Contemporary Ballet and live music by the Orchester de Chambre du Luxembourg.

The show is an international co-production between Spellbound, Les Theaters de la Ville de Luxembourg, Orchester de Chambre de Luxembourg with the contribution of the Ministry of Cultural Heritage and Activities and Tourism in collaboration with the Italian Embassy in Luxembourg and Cult!ur Partner, c/o Norddeutsche Konzertdirektion Melsine Grevesmühl GmbH.