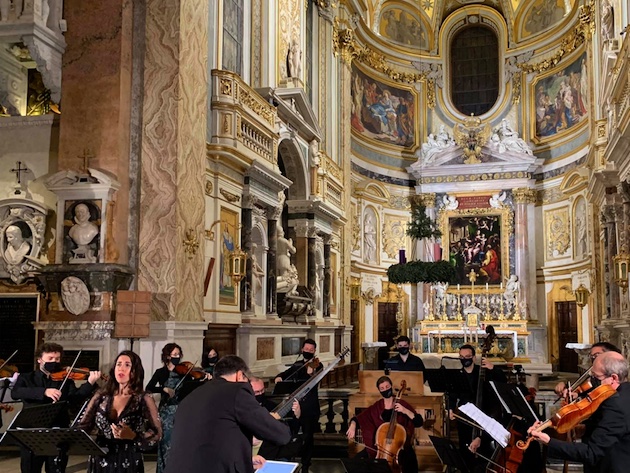 This year the appointment with the Festival in the Baroque churches of Rome is also renewed, with a series of concerts in September, on the Sundays of October and November, and finally in the first two weeks of December.

The Festival, now in its 15th edition, this year has as its theme "Rome and Naples", two cities whose musical history is intertwined over the centuries; the Festival underlines and exalts this bond that took place both on a stylistic level and thanks to the constant migration of artists, with the performance of poorly performed music and unpublished compositions presented in the first modern performance.

Among the main performers we remember: Rebecca Ferri on the baroque cello and Elisabetta Ferri on the harpsichord in The miniated Sonatas for cello and bass by Pier Leone Ghezzi, a chamber music program inspired by the suggestions that the painter Pier Leone Ghezzi collected during his travels between Rome and Naples; the Ensemble Festina Lente conducted by Michele Gasbarro in the Mass for 5 voices by Gaetano Veneziano, which is inspired by the most famous "Roman" masses of Domenico Scarlatti and Amaya Fernandez Pozuelo with Domenico Scarlatti and the flamenco, a harpsichord concert able of harmonize the rhythm of flamenco with the language of "cultured" art, typical of classical music.