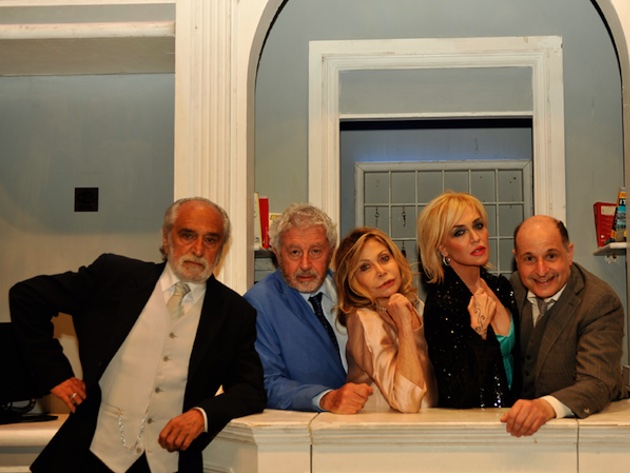 Ray Cooney's two-act comedy Two into one staged at the Parioli Theatre, has been an uninterrupted success since the 1981 premiere at the Shaftesbury Theater in London, and in Italy, carried staged in 1986 thanks to the company Garinei & Giovannini with Johnny Dorelli, Paola Quattrini and Gloria Guida, it has always enjoyed enormous popularity.

The comedy is set at the Palace Hotel, a luxury hotel, with the famous revolving door representing the Hall and the two bedrooms, where the story of the Minister of the Government De Mitri takes place who convinces his secretary Girini, despite the presence of the wife, to arrange for him a gallant meeting with a female member of the opposition government. The secretary, however, commits an error of identity, resulting in a series of misunderstandings, paradoxical situations and increasingly dense twists, which make the story very funny.