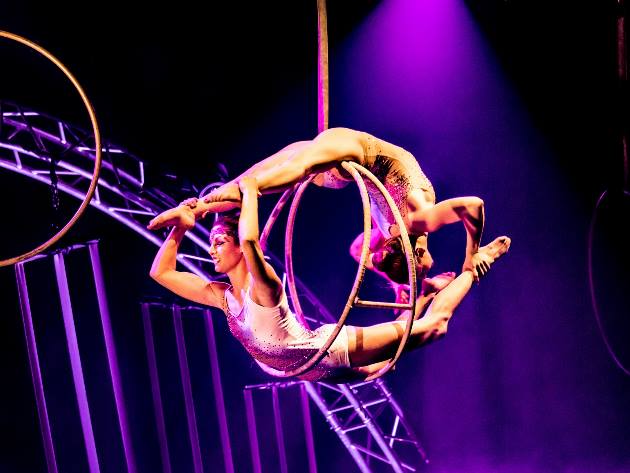 After the great successes of Meraviglia, Steam and Duum, the famous Italian company returns to the stage of the Teatro Olimpico with a new incredible show, created and directed by Alessandro Pietrolini.

Presented as a world premiere at the Edinburgh Fringe Festival, Sonics in Toren celebrates all the beauty and joy of colour: the black and white scene is transformed into a colourful and spectacular universe. The main elements are the acrobatic, athletic and visual experimentation of the performers and their extraordinary acrobatics and aerial dances between light features and surprising iridescent and constantly changing scenographical effects.

The Sonics, born in 2001 and formed by dancers, gymnasts and artists, drawing inspiration from the SteamPunk artistic current, have given life to a new and original way of declining the aerial acrobatic theatre.

Over the years, the company has performed in all the most important Italian and international theatres and some prestigious events such as the Closing Ceremony of the 2006 Turin Olympic Games and the Inauguration Ceremony of the Olympic Stadium in Kyiv for the 2012 European Football Championships.