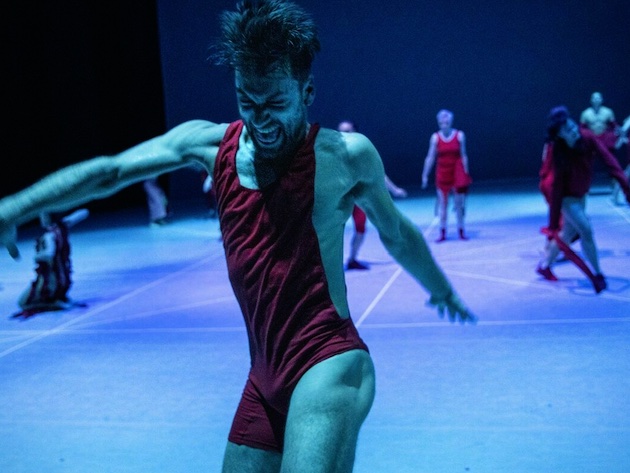 The Jan Martens dance show, as part of the Romaeuropa Festival, has rebellion, civil disobedience and resistance as its central theme. A sort of miniature society is represented in the show, a heterogeneous group of dancers, professional and non-professional, aged between 16 and 69. Each of them tries to express themselves through dance, using an appropriate language to claim their place on stage without invading that of others.

Martens, taking up a statement by Chinese President Xi Jinping, according to which "every attempt will end up with crushed bodies and shattered bones", inserts into the dance the violent languages ​​that characterize the communications of today, inviting his performers to free themselves from all dogma, to be themselves to the end, in art as well as in life. The dancers are supported by protest music composed in different periods - from Henryk Górecki to Max Roach and Abbey Lincoln to Kae Tempest - which underline the strong message of the dance.

Born in 1984 in Belgium, Jan Martens has been active on the international choreographic scene since 2010, the year in which he conceived his first creation, followed by regular tours around the world. His poetics stems from the belief that every body communicates something and that this direct communication is expressed through transparent and simple forms. Aesthetically rigorous, geometric and minimal, the Belgian choreographer, to achieve this result, did not dedicate himself to the creation of a specific language of movements, but has taken inspiration from different styles from the most disparate contexts, bringing out new ideas through their fusion.