Super Baroque. Art in Genoa from Rubens to Magnasco 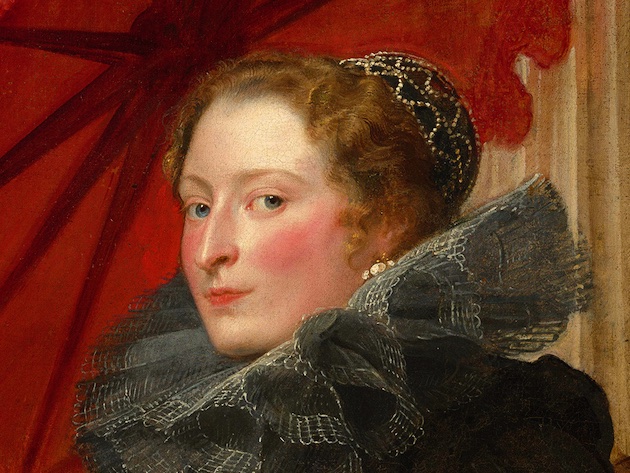 The exhibition at the Scuderie del Quirinale, co-produced and designed together with the National Gallery of Washington, the only American public museum, with the special collaboration of the Municipality and the Museums of Genoa, celebrates the splendor of the Genoese Baroque and presents about 120 works from major Italian and American institutions and prestigious private collections.

The Baroque period in Genoa was in fact synonymous with extraordinary economic development and great artistic flourishing, testified by the gorgeusness and luxury of the residences of the Genoese noble families, which are found in the works exhibited at the Quirinal Stables, commissioned by illustrious clients. We can thus admire the splendid garments of the portraits of Rubens and Van Dyck, or the furnishings depicted in the paintings of Giovanni Benedetto Castiglione, or the landscapes of Magnasco.

Among the first rooms, the one dedicated to Rubens, the undisputed master of the Baroque, stands out, in which there are works created for Genoese clients, such as the “Equestrian Portrait of Giovan Carlo Doria”. Among the Genoese artists, however, we can admire the works of Bernardo Strozzi, the first great artist to absorb the influences of the Flemish. In his painting "La cuoca” (“The female cook”), considered one of the masterpieces of 17th century naturalism, the painter is influenced by the style of Rubens, bearing in mind the Caravaggesque lesson. Continuing the exhibition, we meet the extraordinary paintings by Van Dyck for the most important Genoese families: among these, the portraits of "Anton Giulio Brignole-Sale" and "Paola Adorno Brignole-Sale" from Palazzo Rosso, or the "Agostino Pallavicino as Ambassador to the Pope” of the Paul Getty Museum in Los Angeles. Remarkable are the paintings by Grechetto, which represent an imaginary Arcadia, the interiors with the study of light by Assereto and then the mystical subjects of Procaccini, De Ferrari and Piola.

The exhibition ends with Alessandro Magnasco, one of the most visionary Genoese artists of the time, who lived during the sunset of the Genoese Republic: particularly interesting, right at the end of the itinerary, is his famous "Entertainment in a garden in Albaro". It is a melancholy view of Genoa with in the foreground a group of nobles who can hardly be glimpsed in the vastness of the landscape, almost symbolizing the end of the republican splendor and political power of Genoa.

The exhibition is curated by Jonathan Bober, head of the Department of Old Master Prints of the National Gallery, and by Piero Boccardo, former director of Palazzo Rosso in Genoa and one of the world's leading experts on the subject, as well as by Franco Boggero art historian expert in Ligurian painting of the sixteenth and seventeenth centuries.

As a corollary of the exhibition, a series of meetings, conferences, guided tours and concerts of Baroque music.