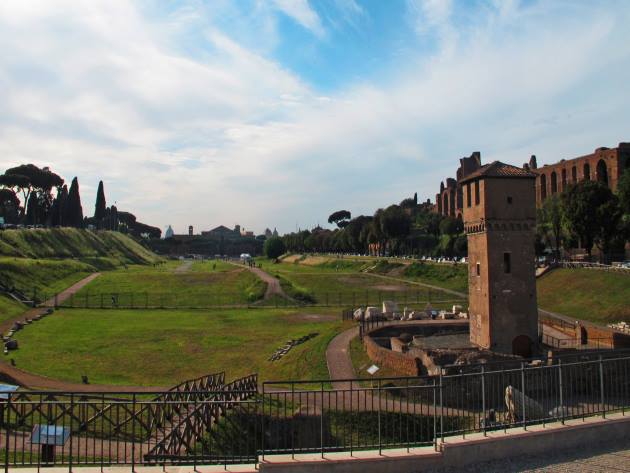 From 15 June to 6 August, the Summer season of the Opera House brings, with a rich program, the magic of opera and ballet to the majestic setting of the Circus Maximus. On the bill are twenty-six thrilling entertainment nights with music and dance stars, who perform on a stage specially designed for the vast archaeological space.

The season starts on 15 June with a new production of Il Trovatore, a great Verdi's classic, in the musical interpretation by Maestro Daniele Gatti, directed by Lorenzo Mariani, in whose vision everything is strictly black or white. The opera, again on stage on 19, 24, 27 June, 4 and 6 July, sees in the cast, as Leonora, Roberta Mantegna, from her recent triumph in Luisa Miller.

On 22 June is the premiere of "Swan Lake", a romantic ballet characterized by the eternal conflict between Good and Evil, with the choreography by Benjamin Pech, the refined setting with the precious decorations of the set designer Aldo Buti, and the lights by Vinicio Cheli. The étoiles, Alessandra Amato and Rebecca Bianchi, and the principal dancers, Susanna Salvi and Claudio Cocino, alternate with prestigious international guests, such as the principal dancer of the Het Nationale Ballet of Amsterdam, Maia Makhateli, the principal dancer of the Bolshoi of Moscow, Semyon Chudin, and l'étoile of the Opéra of Paris, Germain Louvet. They will dance to the notes of Pëtr Il'ič Čajkovskij, entrusted to the baton of Andriy Yurkevych. Five performances scheduled: Friday 25, Saturday 26, and Wednesday 30 June; Thursday 1 and Friday 2 July.

On stage on 16 July, with encores on 20, 29, 31 July, and 6 August, the fascinating Madama Butterfly by Giacomo Puccini, with the production by Àlex Ollé, director of La Fura dels Baus, and the conduction by Donato Renzetti. The story of broken dreams and promises of the young geisha, as an ordinary girl, and of Pinkerton, a wealthy businessman, sees the debut of Corinne Winters in the role of Cio-Cio-San. Particularly awaited in the evocative humming chorus of Act II is the Teatro dell’Opera Chorus, conducted by maestro Roberto Gabbiani.

Saturday 24 July a single date for Myung-Whun Chung's podium debut. The maestro conducts the Requiem Mass, a masterpiece by Giuseppe Verdi, composed for Alessandro Manzoni's death and performed for the first time by the composer himself, one year after the poet's death. In the cast, four extraordinary soloists, such as soprano Krassimira Stoyanova, mezzo-soprano Daniela Barcellona, tenor Saimir Pirgu and bass Michele Pertusi.

On Friday 30 July, one of Giacomo Puccini's most famous titles is on stage: La Bohème, encores on Sunday 1, Tuesday 3, and Thursday 5 August, conducted by Jordi Bernàcer, with the direction, sets, costumes, and lighting by Davide Livermore. The opera immerses the protagonists in an exciting, pictorial succession of famous artworks of French Impressionism, from Renoir to Monet, thanks to technology games, video mapping and projections.

The great singer-songwriter music is on stage with Vinicio Capossela, who performs on Wednesday 23 June, accompanied by the Maderna Orchestra conducted by Maestro Stefano Nanni. The Bestiario d'amore (Bestiary of love) project was born from the songs in the album and inspired by Richart de Fournival's work, an opportunity to explore love in all its forms in our time characterized by physical distancing.

From 13 to 15 July is the much-awaited appointment with the international dance star Roberto Bolle, who returns to the Capital accompanied by some of the brightest stars of the world ballet scene. Since 2011, the famous dancer show has sold out every year, delighting the audience with ballet, music, and wonderful visions.

The season is carried out in full compliance with the anti-Covid-19 regulations to guarantee interpersonal distancing and maximum safety, with an audience of one thousand spectators and four different and separate entrances. The tickets for the events, starting at 21.00, are on sale at the Box Office and the website of Teatro dell’Opera.