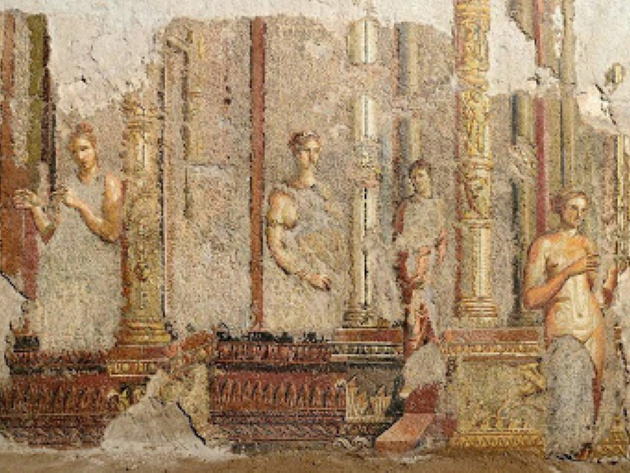 It all started in the late Nineties with the casual discovery of the extraordinary fresco of the “Painted City”, an entire city (but perhaps at least two) with white walls, doors, streets, squares, theaters, loggias and turrets. We are in the park on the Oppian Hill, a few steps from the Colosseum, that houses the imposing remains of the Baths of Trajan, whose construction at the beginning of the 2nd century AD buried a city district occupied until then by imperial properties and buildings – the Domus Aurea and much more.

Perhaps from the Flavian age, the Painted City is only one of the treasures unearthed in the excavations still in progress of the so-called cryptoporticus, a long gallery built by the architects of Trajan as the foundation chamber of the baths. Among the most recent finds and “re-emergences”, certainly worth mentioning is the exceptional wall mosaic, over 15 meters long, which decorated the large reception room of a second building, enlivened by the water of a nymphaeum: a unique and refined example of mosaic art, as well as the largest mosaic decoration ever found in the ancient world.

Pending the opening of the gallery to the public, the video published on the webpage of the Capitoline Superintendence for Cultural Heritage explain us all the secrets of this amazing place. 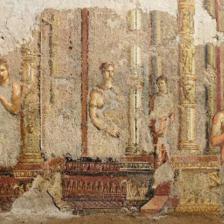