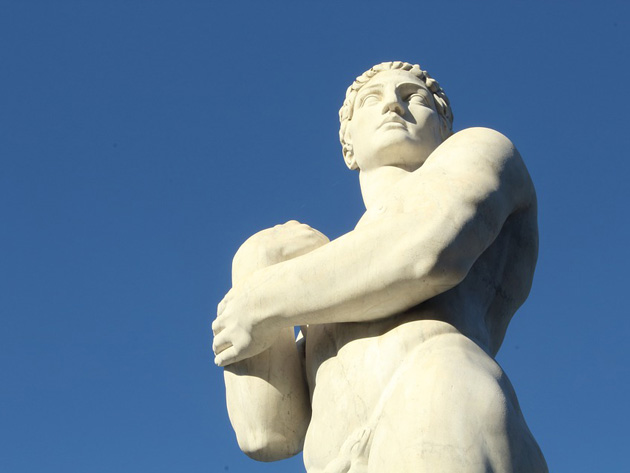 Built inside the Foro Italico - at the time Foro Mussolini-, the Stadio dei Marmi was designed in 1928 by the architect Enrico Del Debbio and inaugurated in 1932.

It recalls the image of a Hellenic stadium and is surrounded by 60 statues, 4 meters high, which represent the various sports activities, a gift from as many Italian cities.

The helmsman, the skier, the slinger, the discus thrower, the archer, the weight thrower, the marathon runner, the jumper are just some of the white marble sculptures, depicting athletes in full competition or relaxation.

In the central grandstand there are two bronze groups of wrestlers, the work by Aroldo Bellini, also the author of the two large bronze figures present at the entrance to the stadium track.

At the entrance, there is also the large mosaic with the representation of eight athletic figures by Angelo Canevari.

From 12 September 2013, the Stadio dei Marmi is named after the Italian sprinter Pietro Mennea.