From the Ghetto to Trastevere, 21 new stumbling stones to keep the memory alive 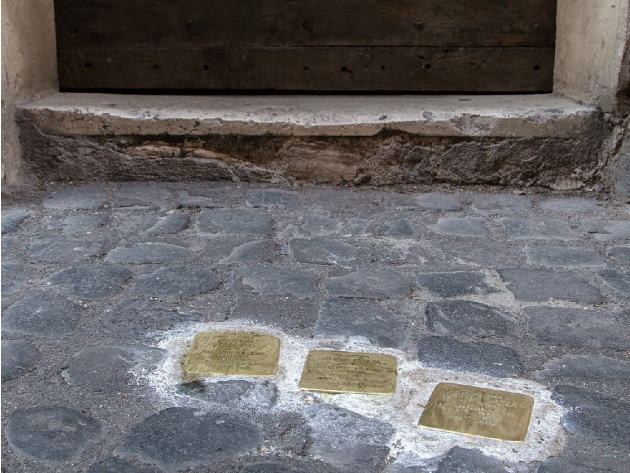 Conceived by the German artist Gunter Demnig and at the center of a project involving all of Europe, the stumbling stones or Stolpersteine ​​are concrete cubes bearing a brass plate inscribed with the name and life dates of victims of Nazi-Fascism's religious, political and racial persecution, to keep their memory alive, even among the new generations, in the last place where they lived free. Rome was the first Italian city to join the initiative in 2010: to the 336 stones laid in the past eleven editions, another 21 are added this year, to invite those who pass by to reflect on what happened in that place and on that date.

Among the new stumbling stones, one is dedicated to Emma Di Veroli (via Portico d’Ottavia, 9), a two-year-old girl murdered on the day of her arrival in Auschwitz with her mother. Among the martyrs also remembered are the military paratrooper Mario Carucci (Vicolo del Gelsomino) and Domenico Ricci (Via Tor de’ Schiavi, 50), shot in the Fosse Ardeatine, Antonio Risi (Via Malachite, 22) taken by the Germans and fascists in the roundup Pietralata, Alberto Spizzichino, Costanza Di Porto, Norina Spizzichino, Armando Pace who will be remembered in Piazza San Cosimato 63.

Organized by the Arteinmemoria Cultural Association, the 2021 edition of the stumbling stones in Rome is in collaboration with the Libraries of Rome and the Museo Storico della Liberazione, with the patronage of various Capitoline municipalities, UCEI and the Roman Jewish community. 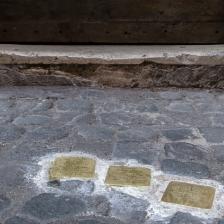