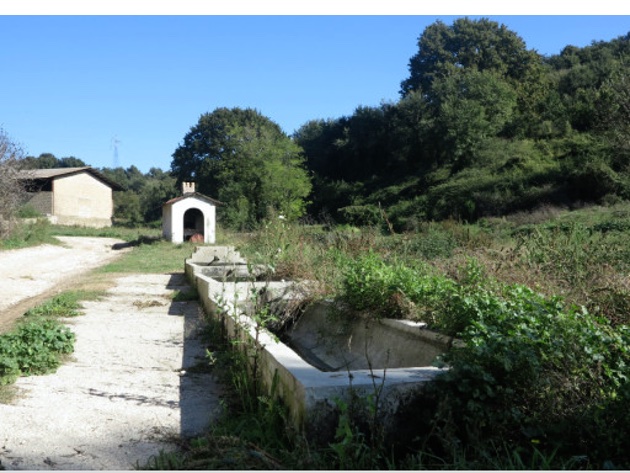 The Marcigliana natural reserve is located in the north-east area of ​​Rome, in the area between via Salaria and Nomentana, on the left bank of the Tiber.

This area was called by the ancient Romans "Latium Vetus" due to the presence of several cities inhabited by Latin peoples. In fact, in the park there are the remains of Crustumerium, a settlement that dates back to the Bronze Age and the early Iron Age (10th-9th century BC).

Between the end of the republican era and the beginning of the imperial era, large rustic villas were built in this area that produced wheat, wine, oil and cattle was raised. In the Middle Ages, many farmhouses were built on the ruins of Roman villas, often fortified; among these we remember the Casale of Marcigliana and that of Cesarina.

The park is characterized by the presence of medieval towers that had a housing and control function of the territory. The most important is the Torre San Giovanni, built on the remains of a Roman villa and the Torre della Marcigliana, first incorporated in a farmhouse and later in the castle of the same name from the 16th-17th century together with other defensive towers. In the park there are also many fountains, once used to water animals.

With its more than 4,000 hectares, the reserve is made up of a part of Agro Romano with a landscape of low hills cultivated or destined for grazing, while the valleys are covered with scrub vegetation,  part of a wide forest of oaks, Turkey oaks, English oaks, downy oaks, maples, elms and ferns.

The fauna is also very rich and varied: there are mammals such as foxes, stone martens, weasels, badgers and porcupines and Italic hares. Among the birds there are diurnal and nocturnal birds of prey such as the kestrel, the buzzard, the barn owl, the tawny owl and the owl; other species are the great spotted woodpecker and the green woodpecker, the calandrella, the swallow, the hoopoe and the bee-eater.

In the 90s a nature trail of about 2,200 meters was inaugurated, subject to redevelopment and safety measures in order to make it accessible again for visitors. The interventions carried out concerned the setting up of rest areas for landscape observation and environmental education for adults and children.

Every day from dawn to dusk