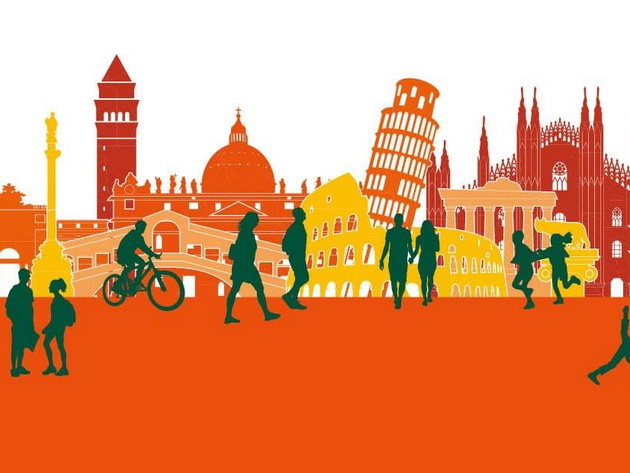 Palaces, villas, churches, castles, archaeological sites, museums, parks, gardens, historical courtyards, and botanical gardens: the long-awaited appointment with the Giornate FAI d'Autunno, the wonderful weekend dedicated to the beauty of the cultural heritage, landscape, and hidden treasures of our country, is back.

The 11th edition of the Giornate FAI touches 350 cities and 700 little-known or usually unavailable places, extraordinarily open to allow you to capture the splendour of our municipalities and the territory around them.

In Rome, you can visit unique places such as the Basilica of Santa Croce in Gerusalemme to discover its thousand-year history of archaeology, art, botany and spirituality and access the remarkable Sessorian Library, custodian of manuscripts and printed books from the monastery of Nonantola and other Cistercian monasteries; the Palazzo del Commendatore, a building of the second half of the `500, seat of the health and administrative manager of the Complex of Santo Spirito in Sassia, of which you can visit the 18th-century Lancisiana Library, which houses precious books still in the original shelving and other valuable objects, and the Sala del Commendatore, frescoed with scenes that tell the story of the hospital; the Monumental Complex of San Cosimato with its 10th-century church, the Chapter House and the courtyard; the Corsie Sistine, inside the Hospital of Santo Spirito, recently restored and of which you can admire the frescoes, whose extension is second only to those of the Sistine Chapel in the Vatican; the Teatro dell'Opera, the capitoline temple of opera and ballet, to discover the paths dedicated to the nobility, the magnificent chandelier, the Royal Stage, and the Gray Room that allowed Maria Callas to escape on the evening of 2 January 1958; the Palazzo Firenze, in the rione Campo Marzio, which houses rich decorations and ingenious architectural solutions, to know its most beautiful rooms, but especially to get in touch with the Dante Alighieri Society that has its headquarters there since 1926; the Park of Villa Gregoriana, an enchanting English garden just over half an hour from Rome, in Tivoli, which preserves a unique natural, historical and archaeological heritage that made it one of the most popular destinations of the Grand Tour in the 1800s, and the main subject of Tivoli pictorial representations.