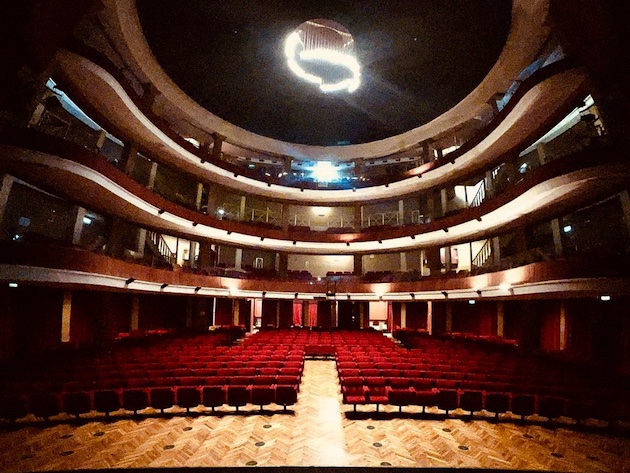 Phaedra, a tragedy by Lucio Anneo Seneca, is staged at the Quirino Theater under the direction of Elena Sofia Ricci.

The story takes up the Greek myth of the queen of Athens Phaedra, daughter of the king of Crete Minos and wife of Theseus, the killer hero of the Minotaur. Falling madly in love with her stepson Ippolito, who refuses love to devote himself to hunting and life in the woods, at first she does not want to reveal it, because it is an incestuous feeling. Later, however, despite the nurse's attempts to dissuade her, she reveals her love to Ippolito who, indignant, runs away from the palace. Phaedra then decides to take revenge by lying to Theseus and telling him, as soon as he returns from his enterprise in the Underworld, that Hippolytus tried to abuse her. Theseus, angry, invokes the curse on his son through his father Poseidon, and the young man dies terribly, dragged by a cart into the woods where he is torn to pieces. When Hippolytus's corpse is brought back to the palace, Phaedra confesses her crime to Theseus and kills herself. In Seneca's tragedy, unlike that of Euripides, the focus is on the psychology of the female protagonist, which highlights the analysis of human behavior, leaving aside the divine aspect.

The Quirino drama appears to be populated by characters whose obsessions and pathologies become not only inner monsters, which serve to reveal the deepest aspects of the human soul in all their tragedy, thus making them always current. Among the main performers, we remember: Elisabetta Arosio, Alberto Penna, Valentina Martone, Aurora Cimino, Dafne Rubini.