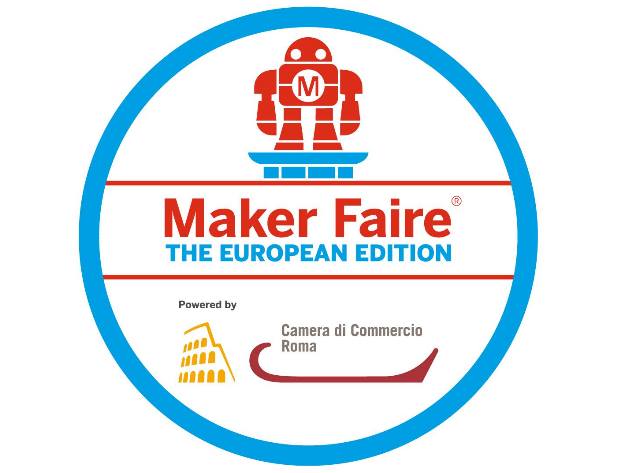 The spaces of the Gazometro host the 2022 edition of the most important European event dedicated to innovation, promoted and organized by the Rome Chamber of Commerce.

Now in its tenth edition, Maker Faire Rome 2022 is a special edition preceded and followed by a series of events and initiatives, including digital ones. These include the new Commonground format, three days of events and debates on strategic issues - health, electronics, culture - and insights into education, inclusion and sustainability, together with prestigious national and international speakers.
The rich program of the event features conferences, talks, meetings, workshops and webinars, with 300 exhibition spaces for sharing ideas, prototypes and innovative projects between makers, companies, institutions, schools, universities and research institutes and centers.

The appointment opens with the unmissable Opening Conference on 6 October, dedicated to Commonground, the role of innovation as land and common good for everyone, whatever the industry of reference.

The creations and prototypes presented to the public range from agritech to foodtech, from digital manufacturing to robotics, from artificial intelligence to mobility, from circular economy to health, from IoT to recycling up to the discovery of the metaverse and augmented reality.

New this year, in the field of precision agriculture, is the presentation of the robotics and artificial intelligence associations of the Lazio Region - in collaboration with the Roman universities and the contribution of qualified specialists, whose most interesting research projects are used on 200 square meters of agricultural field made available during the event. The European Horizon Switch project is also presented. It is dedicated to changing the lifestyles of six major European metropolitan areas, including the city of Rome, towards a new healthy and sustainable life.

Debut for the VRMF, the Virtual Reality Movie Festival, the first original format in Italy dedicated to narration through virtual reality images and the viewing of films and documentaries shot with VR / AR immersive technologies. There is also a Fabroom, an immersive virtual room in which the viewer, interacting, becomes an actor.

The Maker Art section, which combines innovation with the artists' world, presents Quayola's STORMS for the first time in Rome. one of the most important international artists of media art. Maker Music, dedicated to the intersection of arts, music, science and technology, proposes a journey into sound through an innovative Soundscape with multidirectional immersive performances by the artists NAIP, Teho Teardo, Studio Cliché and Samuel.

Space for the new generations in the Education area, which sees the participation of over 20 universities and polytechnics with their projects and 13 Italian secondary schools, from Sicily to Veneto and 4 European ones (Hungary, Croatia, Estonia and Germany).

Three are the contests for this edition: Make to Care, the initiative for solutions aimed at people with disabilities, MakeITCircular, which promotes the Circular Consumption Charter and the values of recycling, reuse and co-design and, new this year, the Rotary award Take a leap 2022, a prize in cash to the best Maker in Lazio, with particular regard to the social purposes.

For the 2022 edition, a main live channel is also available from the television studio set up in the spaces of the Gazometro with the world of innovation protagonists who meet and tell their stories.