Cursus Honorum. The government of Rome before Caesar 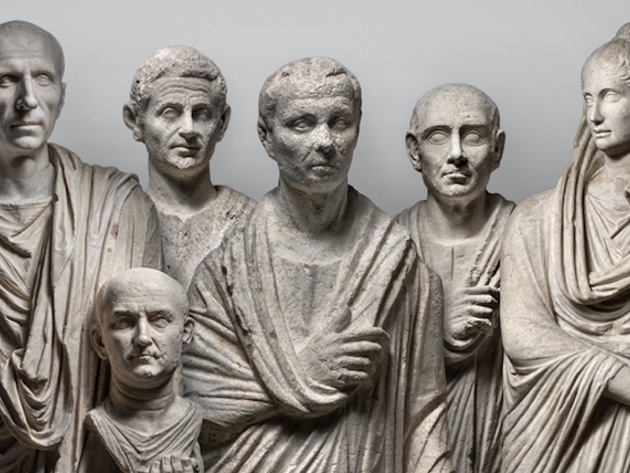 The exhibition at the Capitoline Museums, which is part of the project “The Rome of the Republic. The story of Archeology ", focuses on the public offices of magistrates of the Republican age, that is the cursus honorum, a fundamental aspect of the political life of ancient Rome.

In Rome, in order to access the cursus honorum, in addition to a minimum income, the prestige that came from the ancestors was in fact necessary: ​​anyone who did not belong to a few illustrious families was a homo novus. The rules for accessing the magistracies and offices, however, underwent changes over time; access to the main magistracies such as the consulate, for example, which was initially limited to members of patrician families, in the fourth century BC was also extended to the plebeians. The exhibition also takes into account the characteristics of the Roman judiciary: collegial, and of a limited duration, mainly annual.

Thanks to a multimedia installation, the protagonists of the exhibition are five characters depicted by as many statues acting as storytellers: four male figures to which a single female figure is added, to underline the secondary role in a society, like the Roman one, entirely dominated by men. Their task is to bring the public closer to monuments of historical value celebrating great war exploits, together with others illustrating roles related to the administration of the city and the construction of the social prestige  by some characters and their families.

Visitors are reminded of episodes of war and fundamental conquests in the history of the expansion of Rome: an example of all is the first naval victory over the Carthaginians in the waters of Milazzo, remembered by the Colonna Rostrata erected in honor of the consul Gaio Duilio. This and other historical events are narrated by three travertine portrait-statues from the mid-1st century BC, already in Villa Celimontana, wearing the pallium, the cloak that was worn over the tunic.

The famous marble statue of the "Togato Barberini" dating back to the early 1st century AD, tells us of the ius imaginum, that is the right to keep at home the portraits of the ancestors to be exhibited during funerals and on particular public occasions, initially exclusive to patriciate and extended in the fourth century BC also to the plebeians when they had access to public offices.

The voice animating the female figure, on the other hand, part of a funerary group with a girl in marble dating back to about the middle of the 1st century BC, introduces the funerary monuments, in particular the sarcophagi from the tomb of the gens Cornelia, a rare archaeological evidence of a tomb for the nobility of the Republican age.

The exhibition makes use of works belonging to the Capitoline collections, partly coming from the permanent exhibition of the Centrale Montemartini, partly usually not exhibited and is an ideal trait-d'union between the video installation The legacy of Caesar and the conquest of time, visible in the Sala della Lupa e dei Fasti Antichi of the Palazzo dei Conservatori.