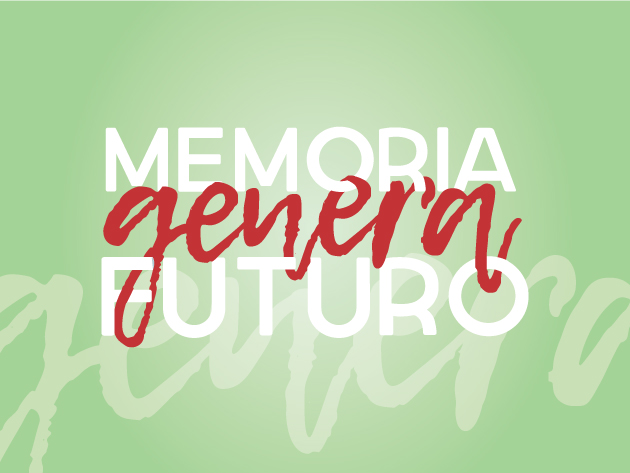 Rome celebrates Holocaust Memorial Day with Memoria genera futuro to cultivate the memory of that 27 January 1945, when the Soviet army entered the concentration camp of Auschwitz. That day, the whole world learned of the horror of the Shoah and the deportation, imprisonment, and death in Nazi concentration camps of Sinti and Roma, homosexuals, Jehovah's Witnesses, soldiers, and political opponents from all over Europe.

Throughout the week, in the most diverse corners of the city and online, more than 60 appointments make up the rich calendar of meetings, visits, films, concerts, and theatrical performances designed to sensitize not only the younger generations on this pressing topic.

After important requalification works, the Casa della Memoria e della Storia reopens. The Roma Capitale institution was born to tell, know, and share the 20th century and Rome memory and history. Inside it, many initiatives also broadcasted in streaming on the Youtube channel of Biblioteche di Roma and the Facebook page of Casa della Memoria.take place,

Here is a list of the most significant events scheduled in the city.

Sunday 23 January at noon, on the stage of Teatro Argentina, Paolo Di Paolo and Anna Foa are the protagonists of Dove finisce Roma. Il tempo dell'occupazione, a historical and literary excursus from the time of the oldest Jewish presence in the city to the period of the Nazi occupation and the present day, with readings by young actors from the Accademia Nazionale d'Arte Drammatica "Silvio d'Amico".

Monday 24 January at 9 am, at the Biblioteca Casa dei Bimbi, Lia Levi, in connection with the children of the elementary school Piet Mondrian in presence, tells La storia di of Anna Frank. It is an opportunity to propose the story of the experiences of Anna: from daily life hiding from the fear of war to the description of feelings and desires noted in the famous diary.

Tuesday 25 January at 7:30 pm, the Casa della Memoria is online with Vecchi pregiudizi e nuovo odio. Dall'antigiudaismo al moderno antisemitismo with historian Anna Foa and scholar Giorgio Gomel. They trace the fundamental stages of anti-Jewish sentiment, from Christian anti-Judaism to the rise of political and racial anti-Semitism up to the Shoah.

Also, on 25 January at 8:30 pm, on the Facebook page of the Italian Jewish Center - Il Pitigliani, you can attend the presentation of Ugo Volli's book Mai più! Uses and Abuses of Memorial Day, with David Meghnagi, Gabriele Rigano, Roberto Colombo, Riccardo Pacifici, and Ariela Piattelli.

On Wednesday 26 January at 3 pm, at the Casa della Memoria e della Storia, in front of representatives of the Embassy of the Republic of Poland in Italy and the Embassy of Israel, the video-textual project I soldati Ebrei nell'Armata di Anders. Dlla polonia a Israele, dedicated to the Jewish soldiers belonging to the Polish army corps led by General Władysław Anders. During the event, Lidia Maksymowicz, a survivor of Josef Mengele's experiments at Auschwitz, will give her testimony.

Also, on Wednesday 26 January at 8 pm, you can participate in the free preview screening in the Sala Cinema of the Palazzo delle Esposizioni. On the screen, Quel giorno tu sarai by Kornél Mundruczó, written by Kata Wéber and produced by Martin Scorsese. Presented at the 2021 Cannes Film Festival, the film is a powerful reflection on memory and identity. The protagonist is a family that confronts the legacy of the Shoah through three generations.

At 9 pm, on the same day, at the Tor Bella Monaca Theater, Rita Levi Montalcini. Un genio con lo zucchero filato in testa (Rita Levi Montalcini. A genius with cotton candy on her head) will be on stage. It is an opportunity to retrace her incredible personal story, which, over a century, has managed to overcome the absurdity of racial laws, the atrocities of war and gender discrimination.

On Thursday, 27 January, at 10 am and 12 pm, Memorial Day, the double guided tour by the Biblioteca Valle Aurelia. The initiative, Percorsi della memoria, leads middle school students to the discovery of the neighborhood, a nodal point of the Roman resistance, starting from the Fornace Veschi, where the "fornaciari" organized the first anti-fascist activities, then passing through the Casa del Popolo, up to the nearby stumbling stone dedicated to a fall in the concentration camp of Dachau.

At noon, at the Casa della Memoria e della Storia, is the meeting Il futuro della memoria (The future of memory) during which Lia Levi, a witness and writer who lived through the war and racial persecution as a child, and Daniele Aristarco, author of short stories and essays for children on the memory of fascism and World War II, discuss with school children the value of storytelling and the memory of the Shoah. The event sees the presence of Councillor for Culture of Roma Capitale, Miguel Gotor.

Two portraits of great artistic depth characterize the proposal of the afternoon of Casa del Cinema and Fondazione Cinema per Roma. It begins with the screening at 4 pm of A Specialist - Portrait of a Modern Criminal by Eyal Sivan based on Hannah Arendt's The Banality of Evil, made with the original footage of the trial against the Nazi criminal Adolf Eichmann. Next, at 6:30 pm, the animated film that just premiered at the Festa del Cinema 2021, Charlotte by Eric Warin and Tahir Rana, which tells the true story of Charlotte Salomon, a painter considered by many to be the author of the first graphic novel in history. She was killed in Auschwitz when she was only twenty-six years old.

At 5 pm, at the Casa della Memoria e della Storia, the meeting La Resistenza ebraica. The debate focuses on the role of Jews fighters and their strategies of resistance and rescue in the ghettos and inside and outside the camps. With Amedeo Osti Guerrazzi, Daniele Susini, Giordana Terracina, Liliana Picciotto, and Isabella Insolvibile.

At 8 pm, at the Palladium Theater, the Shoah Museum Foundation of Rome organizes a meeting with Edith Bruck, writer and witness of the Shoah, with the participation of Furio Colombo.

Friday 28 January at 10:30 am at the Casa della Memoria e della Storia meeting reserved for schools on the Topografia della memoria nelle strade di Roma, which reflects on the project "Pietre d'Inciampo" combined with a path on of the streets where you can see these installations.

Sunday 30 January at 5 pm, the Municipio XV presents I ragazzi della Rosa Bianca staged at the Teatro del'Ascolto Listening in Via Veientana. Raffaello Fusaro tells the story of a famous group of young students who united to resist Nazifascism.

For the complete program and on how to participate in the single appointments of "Memoria genera Futuro": www.culture.roma.it.