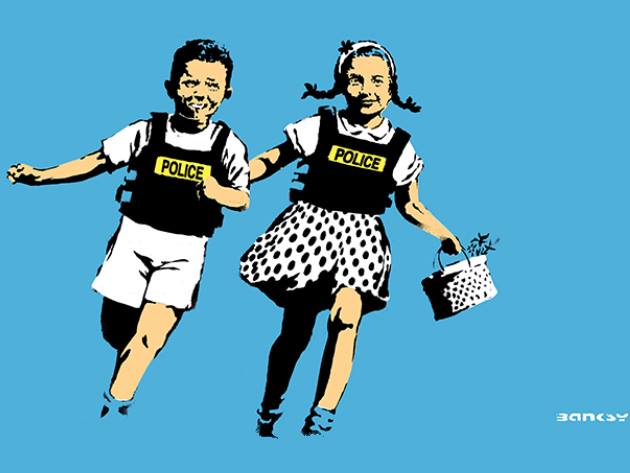 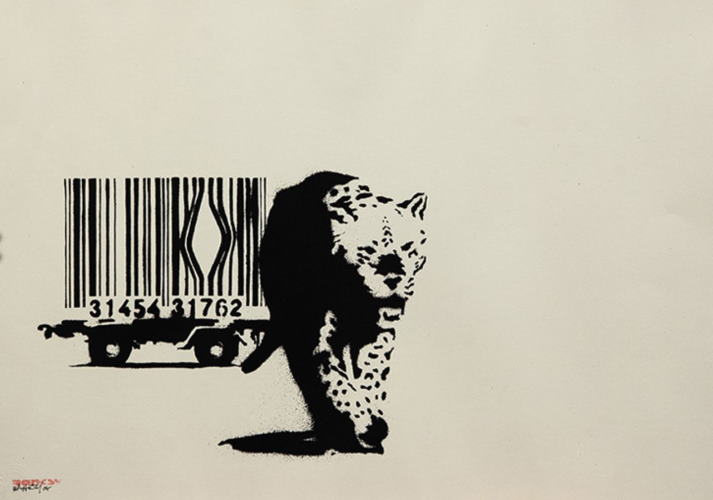 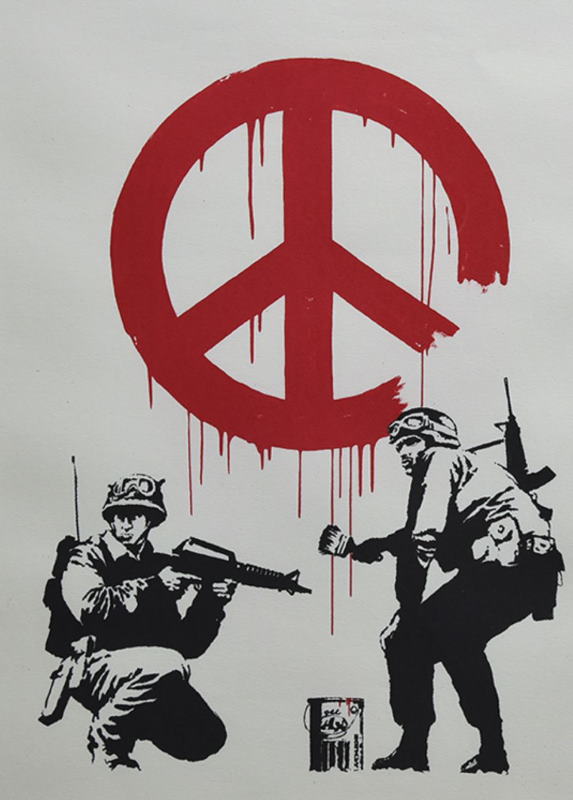 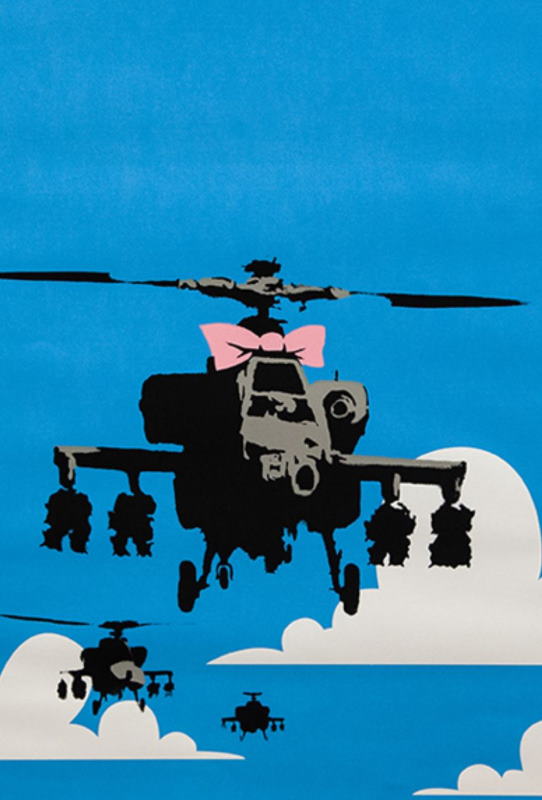 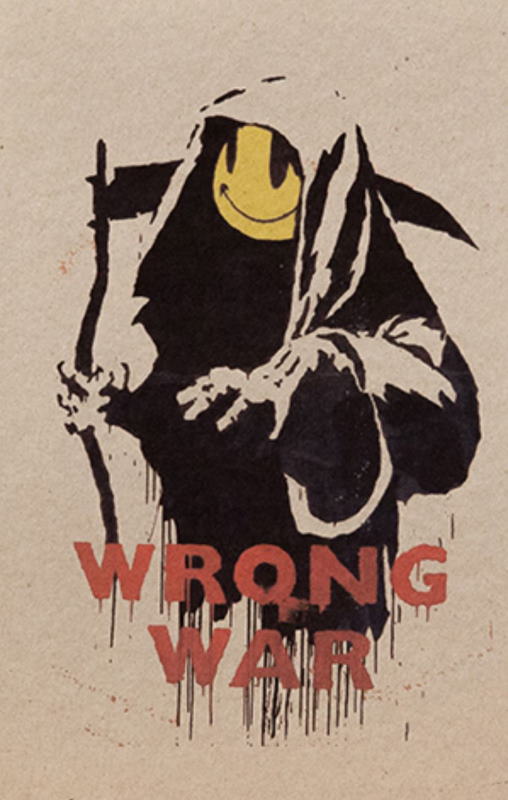 “Banksy. A Visual Protest”, hosted by Chiostro del Bramante - DART and conceived by Madeinart in collaboration with 24 Ore Cultura, showcases more than 90 of his works, dating from 2001 to 2017 and coming from private collections. From “Love is in the Air” to “Girl with Balloon”,  from "Queen Vic" to "Napalm", from "Toxic Mary" to "HMV", from the prints for Barely Legal, one of the most famous exhibitions ever realized, to the covers of LPs and CDs, they describe the work and thinking of Banksy, and documents the techniques he uses, above all the stencils. 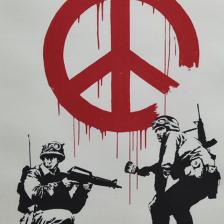 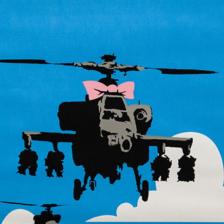 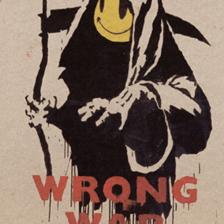