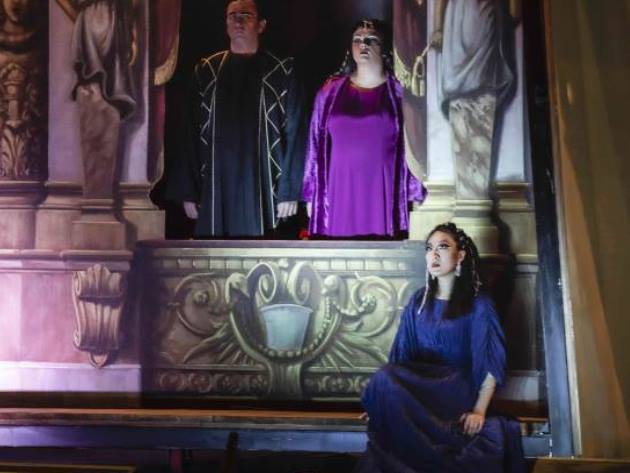 The summer season in the evocative scenery of the Baths of Caracalla hosts the expected return of Aida, directed by Denis Krief and conducted by Jordi Bernàcer.

The intimate and psychological reinterpretation by the French director, who also designs scenes, costumes and lighting, is staged after last year's extraordinary debut, in which the masterpiece, absent from the imposing archaeological site for 11 years, inaugurated last summer season of Teatro dell'Opera.

The opera in four acts by Giuseppe Verdi, based on a libretto by Antonio Ghislanzoni, born on the occasion of the celebrations for the opening of the Suez Canal in 1870, was performed for the first time at the Cairo Opera House on 24 December 1871.

The love story between the Ethiopian princess, captured and enslaved in Egypt, and Radamès, Egyptian commander divided between love for the woman and loyalty to the Pharaoh, will end with the tragic death of the two unhappy lovers, walled up in a grave.

Based on the original subject of the French archaeologist Auguste Mariette, Aida is a dramatic opera very popular and very connected to the ancient Baths which, that in the production by Denis Krief, gives life to the depth of the story, and which the director himself defines «a large oratory for pines, cypresses, wonderful ruins».