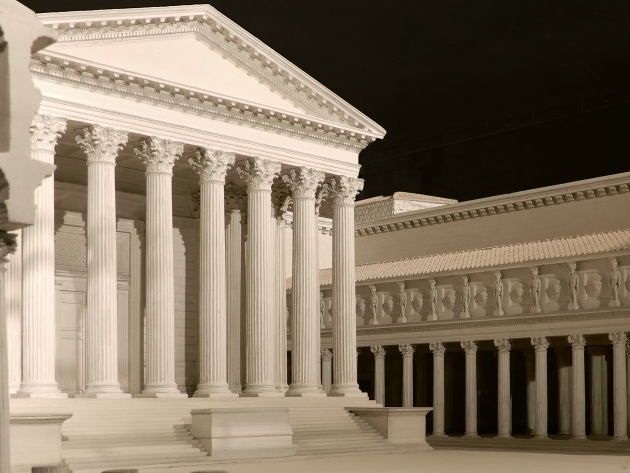 The Civis, civitas, civilitatis exhibition, dedicated to the relationship between citizens, citizenship and civilization in the Latin world, opens at the Trajan’s Markets.

There we can see the plaster models of the ancient monuments of the Museum of Roman Civilization, almost all created by Italo Gismondi for the Augustean Exhibition of the Romanity of 1937.

This interesting exhibition project aims to represent the model of urban life, an expression of classical culture, through the spaces and public buildings of the cities of the empire that characterize it.

The exhibition itinerary is also accompanied by ancient texts related to the topics, pronounced by the narrative voices of the authors or their addressees: among the latter, there is an interesting letter from Seneca to a friend, in which he describes the lively setting of the baths .