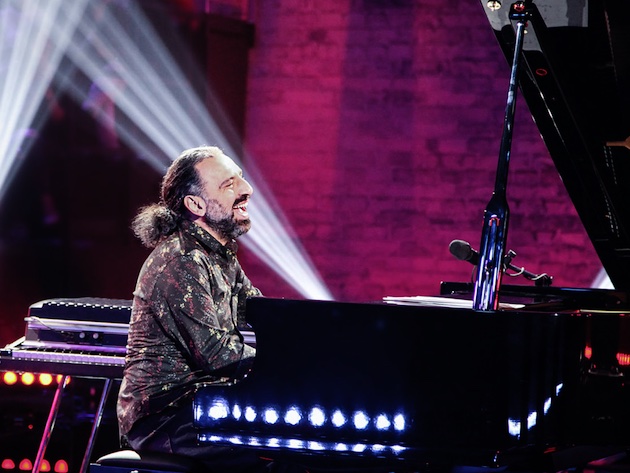 The great jazz and classical pianist Stefano Bollani together with Bernardo Guerra on drums and Gabriele Evangelista on double bass, returns to the Auditorium stage for a new, exciting concert.

Bollani, a multifaceted and brilliant musician, after graduating in piano at the Florence Conservatory, established himself in the world of jazz, playing on stages such as the Town Hall in New York, La Scala in Milan and Umbria Jazz. In 1996 he began a collaboration with the internationally renowned trumpet player and jazz player Enrico Rava, alongside whom he held hundreds of concerts and recorded 13 discs.

In the classical field he performs as a soloist with prestigious symphony orchestras such as the Gewandhaus in Leipzig, the Concertgebouw in Amsterdam, the Orchester de Paris, the Filarmonica della Scala in Milan, Santa Cecilia in Rome, the Toronto Symphony Orchestra and alongside conductors such as Zubin Mehta, Kristjan Järvi, Daniel Harding, Antonio Pappano and especially Riccardo Chailly.

With the young and talented jazz musicians Bernardo Guerra and Gabriele Evangelista, in this concert Bollani manages to thrill his audience, both fans and not.